Readers might find the following items from the Monitor’s mailbag to be of some interest. (The Monitor responds privately to all e-mails and letters, but every now and then selects a few for public viewing.)

Rick Hershkowitz of Philadelphia, who describes himself as “a faithful reader of the Monitor thanks to the Jewish Press website, writes: “Now that it’s been a few months since Deborah Sontag was replaced as the Jerusalem bureau chief for the New York Times, we can see even more clearly in retrospect how biased and unprofessional she was. I’m not saying James Bennett or Clyde Haberman are perfect, but their reporting is far and away more balanced.


“With Sontag you always felt you were reading the Palestinian Authority’s authorized version of events; now at least you don’t detect the same anti-Israel animus in the Times’s Middle East coverage.”

Speaking of the Times, Chaim Blitz of Jerusalem can hardly contain his new found appreciation for Times foreign affairs columnist Thomas Friedman. “While he’s still opposed to the Israeli government’s settlements policy – to the point that he regularly takes gratuitous shots at settlers and settlements – Friedman has been writing with a much more realistic and even pro-Israel bent than his just-retired colleague Anthony Lewis and the Times’s anonymous editorial writers,” Blitz enthuses.

“The intifada started by Arafat in Sept. 2000, and then the catastrophic terror attacks on America a year later, seem to have immeasurably sobered Friedman, who seems to recognize – probably for the first time in his life – that it’s not any single Israeli action or policy that alienates the Arabs. Friedman obviously now sees that it’s the very existence of the state of Israel that drives the Arabs wild with murderous hatred and fanaticism.”

Lillian Unger of Toronto alerted the Monitor to an op-ed piece by Alan Dershowitz that appeared in the Dec. 15 edition of Canada’s National Post. “That despicable publicity seeker is at it again,” complains Ms. Unger.

“The gist of his lengthy piece is that the recently-released tape of a gloating Osama bin Laden is not at all to be taken as evidence of his guilt. According to Dershowitz, ‘There is nothing on the tape that reveals bin Laden possessed information only a person guilty of planning this horrible crime would possess. In other words, the truth of the incriminating statements made on the tape is not self-proving: It relies on believing bin Laden is telling the truth.’

“Dershowitz goes on to argue that because ‘bin Laden is almost certainly a liar and he may have had a corrupt motive to lie about at least some of his claims,’ it would be difficult to prove in a court of law that bin Laden is being truthful on the tape.

“If that isn’t typical lawyerly obfuscation, I don’t know what is. Sounds to me like Dershowitz is auditioning for some future court case. Perhaps he’s salivating over the prospect of adding Mr. bin Laden to his list of such illustrious clients as Leona Helmsley, Claus von Bulow and O.J. Simpson.”

Finally, Saul Grossman of Flushing takes umbrage over a remark made by a very unfunny man who gets paid a fortune to be funny – or at least amusing – by CBS. “Andy Rooney made a statement on 60 Minutes tonight (Dec. 16) that the Old Testament is similar to the Koran in that nonbelievers of the true religion (Judaism and Islam, respectively) are destined to burn in hell,” writes Mr. Grossman.

“Rooney gave no reference to any chapter or verse in the Old Testament. Was this his way of saying to Moslems and Jews, a plague on both your houses?”

Frankly, the Monitor has a problem taking Rooney seriously, even given the huge audience of viewers pulled in by 60 Minutes. This is a guy who last said something meaningful way back when Jimmy Carter was president. He’s usually harmlessly shallow, as when he examines the contents of his desk drawers or muses about the glue on the back of postage stamps. When he tries something more meaningful, it’s obvious to all that he’s out of his depth. 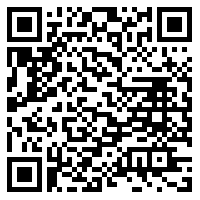