Due to the heavier than anticipated response to our Top 25 and Top 10 “Media Friends” lists as voted on by the public, the Monitor will wait another week before sharing a last batch of comments from readers and unveiling the Monitor’s own list.

This week we share the stage with our friends at HonestReporting.com for a look at how newspapers in Britain reacted to the recently released UN report on the alleged Israeli massacre last April of Arab civilians in Jenin. The report, of course, found no evidence of any such massacre, giving the lie to the relentless campaign of disinformation and vituperation mounted by much of the British media.


Back in May The Jewish Press published a report by Tom Gross titled “Jeningrad: Blood Libels of the British Media,” which cited the following examples of brazen misreporting:

The Guardian (April 17): Israel’s behavior in Jenin were “every bit as repellent” as Osama bin Laden’s attack on New York on September 11.

London’s Evening Standard (April 15): “We are talking here of massacre, and a cover-up, of genocide.”

The London Times’s Janine di Giovanni (April 16): “Rarely in more than a decade of war reporting from Bosnia, Chechnya, Sierra Leone, Kosovo, have I seen such deliberate destruction, such disrespect for human life.”

The Independent’s Phil Reeves (April 16): “A monstrous war crime that Israel has tried to cover up for a fortnight has finally been exposed….The sweet and ghastly reek of rotting human bodies is everywhere, evidence that it is a human tomb. The people say there are hundreds of corpses, entombed beneath the dust.”

As recorded by HonestReporting.com, here’s some of the reaction from the British press to the UN report that debunked the essence of what British reporters had been telling their readers for weeks:

The Independent’s Justin Huggler still wants to believe there was a massacre, under the headline: “UN Issues ‘Seriously Flawed’ Report on Jenin Killings.” Huggler clings to old illusions: “An investigation by The Independent inside Jenin shortly after the fighting unearthed numerous corroborating accounts of atrocities….The UN report is carefully worded not to give offence to Israel or its allies.”

To his credit, Phil Reeves of The Independent comes clean in a report entitled: “Even journalists have to admit they’re wrong sometimes.”

Reeves admits that his report “was highly personalized” and writes: “It was clear that the debate over the awful events in Jenin four months ago is still dominated by whether there was a massacre, even though it has long been obvious that one did not occur.”

The ever-defiant Guardian wrote an editorial refusing to concede its mistake: “As we said last April, the destruction wrought in Jenin looked and smelled like a crime. On the basis of the UN’s findings, it still does.”

The Guardian’s Brian Whitaker trumpets the headline: “UN report details West Bank wreckage – Banned by Israel, Kofi Annan’s fact-finders were left with only second-hand accounts of the spring invasion.” Whitaker focuses on the idea that “Israel objected to members of the fact-finding team and then imposed a series of conditions which led the secretary-general, Kofi Annan, to call off the mission.” 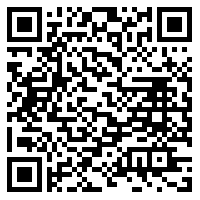