Like a pig returning to his vomit, Mike Wallace came out of retirement last month to genuflect in the presence of Iranian president Mahmoud Ahmadinejad and then to spread the word that the man who’s denied the Holocaust and called for wiping Israel off the map is not really such a bad guy after all.

“He’s actually, in a strange way, he’s a rather attractive man,” gushed the 88-year-old Wallace, “very smart, savvy, self-assured, good looking in a strange way…. He couldn’t have been more accommodating.”

The interview itself, portions of which aired on “60 Minutes,” was not all that offensive, although Wallace didn’t try very hard to get Ahmadinejad to respond to the few tough questions he threw at him. But Wallace’s comments before and after the inter-view aired, particularly his stupefying performance on Sean Hannity’s ABC radio program, confirmed yet again that Arab dictators have a way of stripping away Wallace’s tough-guy persona and leaving him exposed as a swooning schoolgirl.

Asked by Hannity if he considers Ahmadinejad to be an anti-Semite, Wallace said, “No, I don’t.” When Hannity observed that Hitler and Stalin might have appeared “informed, smart, reasonable, even though they were evil,” Wallace responded: “Adolf Hitler? Good Lord. I mean, the man was such a hate-ful, hateful man.”

“So is Ahmadinejead, Mike,” replied Hannity. “Listen to his statements.”

To which a perplexed and increasingly incoherent Wallace responded: “What…running a Holocaust, which the Iranians have not done, as you know, running a Holocaust, doing that sort of thing, slaughtering six million Jews, that’s not what this man is talking about doing.”

Wallace: Hold it, hold it.

Hannity: Wipe off the map.

Wallace: Yes, he says wipe off the map, and of course I asked him over and over about that. He says in effect, hey, it’s perfectly sensible to do…pardon me. It’s perfectly sensible for them, and I’m not quoting directly, obviously, because I don’t have the translation in front of me, to…for them to…it’s per-fectly sensible, if there is a Holocaust, and let’s buy the fact that there was a Holocaust. Where did the Holocaust take place? Did it take place in an Arab neighborhood? Did it take place in Jerusalem? No. It took place in Germany. Then it seems to me, under those circumstances, take Israel, the Zionist entity, he called it, move it to Germany. Move it to Europe. That’s where it happened.

Hannity: Do you agree with him?

Wallace: Move it to the United States.

Hannity: Do you think that’s a legitimate argument?

Wallace: It’s an argument. I’m not a commentator. You are.

The sad thing is that Wallace, as mentioned above, has a history of fawning over the most ruthless enemies of his own people. Back in 2002 he appeared on “Larry King Live” to talk up an interview he’d recently conducted with Palestinian terror boss Yasir Arafat.

“You know something, Larry,” he said, expressing the kind of sympathy and understanding he never extends to American leaders, “I came to – I came to admire Arafat beginning back in 1977….He has made mistakes along the way as all of us do….”

In 1975, during a notorious “60 Minutes” whitewashing of the late Syrian dictator Hafez As-sad, Wallace characterized the thug who killed tens of thousands of his own people as “cool, strong, austere and independent.” (One can almost feel Wallace’s knees turning to jelly as he spoke those words.)

And then there was Anwar Sadat – a despot who arrested and jailed thousands of political opponents, a one-man junta who never won an openly contested election in his life, an admirer of Hitler who in 1953 wrote that Hitler, even in defeat, had “become the immortal leader of Germany.”

In his memoir Close Encounters Wallace described himself as “an unabashed admirer” of Sadat. “I respected him as a statesman, a leader of his people, and in my personal dealings with him…he came across as an honest and sensitive man who was endowed with considerable charm and a fine sense of humor.” 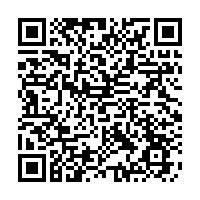