New York Times Jerusalem bureau chief Steven Erlanger is so openly pro-Palestinian in his reporting that he’s beginning to call to mind perhaps his most biased predecessor in that post – the truly execrable Deborah Sontag, whose transparently one-sided dispatches would invariably read as though she wrote them with a PLO flag draped over her word processor.

On page 7 of this week’s Jewish Press, the always incisive Rick Richman of Jewish Current Issues (jpundit.typepad.com) cuts the heart out of Erlanger’s futile pretensions at objectivity and just plain old reading comprehension. Rarely does a book review come in for such thorough dismemberment, and the resultant carnage is a beautiful thing to behold.

Erlanger is not particularly shy about trumpeting his bias: as reported in August on Ynetnews.com, he told a convention of journalists in Jerusalem that Israelis “were not interested in whether 1,000 Lebanese civilians needed to die” in the recent war with Hizbullah, and admitted he rejected an IDF offer of accessibility that would have enabled him to write about Israel’s efforts to ensure the arrival of humanitarian aid to Lebanon. He was not interested in the story, he told the panel.

Erlanger is the character who, in an August 5, 2005 story on a claim by an Israeli archaeologist that the palace of King David may have been unearthed, gave the politically motivated lies of Yasir Arafat equal billing with historical fact.

“The find,” Erlanger wrote, “will also be used in the broad political battle over Jerusalem – whether the Jews have their origins here and thus have some special hold on the place, or whether, as many Palestinians have said, including the late Yasir Arafat, the idea of a Jewish origin in Jerusalem is a myth used to justify conquest and occupation [italics added].”

As the Monitor noted at the time, “Just try to imagine a New York Times story on slavery that would accord historical weight to a statement by, say, David Duke, or a piece at the height of the civil rights movement in which a Times reporter would cite as potentially authoritative the ravings of some discredited boor.”

This, the Monitor conjectured, using Erlanger’s basic framework but changing a handful of words, is what such a piece of drivel would look like: “The dispute hinges on whether Negroes are being deprived of their constitutional rights or whether, as many white Southerners have said, including Alabama Governor George Wallace, the idea of their systematic mistreatment is a myth to justify sympathy and federal intervention.”

Unfortunately, such mindless moral relativism – unimaginable in a Times story on civil rights in 1966 or 2006 – is a defining characteristic of the paper’s coverage of the Arab-Israel conflict.

In September 2005, in a front-page story ostensibly about the burning by Palestinians of recently abandoned synagogues in Gaza, Erlanger led with this bit of disinformation: “Throughout the abandoned Israeli settlements of Gaza, Monday was a carnival of celebration, political grandstanding and widespread scavenging for a Palestinian population whose occupiers vanished overnight….”

Nothing about burning synagogues.

A couple of paragraphs later Erlanger gave us this cheerfully misleading depiction: “Donkey carts were piled with bathroom fixtures, pieces of metal, skeins of wire and long pieces of wood, to feed home ovens. Men, women and children worked with a seriousness of purpose, trying to take home some little personal benefit from the return of lands many feel will somehow, as usual, end up in the hands of the wealthy or well connected.”

Still no mention of any synagogues set afire.

A hint of the fate that befell the Gaza synagogues came several paragraphs later: “…a settlement synagogue built in the shape of a huge Star of David was smoldering, fires inside sending smoke through the edges of the star.”

But even there Erlanger neglected to say who or what caused those “fires inside sending smoke through the edges of the star.”

Finally, in the sixteenth paragraph of his 26-paragraph story, Erlanger wrote, rather ambiguously and without identifying the perpetrators: “In Kfar Darom, there was an extensive march of armed fighters, but the synagogue there was protected from burning by security forces who made a kind of headquarters out of it.” 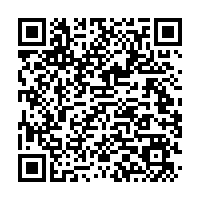