Shakespeare had it right. The evil that men do indeed lives after them. Case in point: Nahum Goldmann, who served in a variety of Jewish and Zionist organizational leadership posts from the 1920s through the 1970s.

Despite the decades he spent in the arena fighting for Jewish causes, Goldmann, who died thirty-one years ago next week, was a notorious wild card who mistook his own often idiosyncratic views for the Wisdom of the Ages and who had a penchant for criticizing Israel vociferously and publicly (in fact, the more public his forum, the more vociferous was his criticism).


In his 1978 book The Jewish Paradox – a manifesto of wrong-headed thinking about Jews, Israel and the Middle East – Goldmann unloaded a bushel of obtuse and naïve statements, several of which are to this day given loving prominence on Islamist and neo-Nazi websites. The book’s most notorious passage by far is Goldmann’s claim that David Ben-Gurion said the following to him in 1955:

Why should the Arabs make peace? If I was an Arab leader I would never make terms with Israel. That is natural: we have taken their country. Sure, God promised it to us, but what does it matter to them? Our God is not theirs. We come from Israel, it’s true, but two thousand years ago, and what is that to them? There has been anti-Semitism, the Nazis, Hitler, Auschwitz, but was that their fault? They only see one thing: We have come here and stolen their country. Why should they accept that?

Did Ben-Gurion really say that? Maybe. It’s just that (a) there is no independent verification of the quote; (b) it jibes perfectly (suspiciously so) with Goldmann’s own views; (c) Goldmann’s animosity toward Ben-Gurion was both longstanding and well known; (d) Goldmann waited some twenty-three years after the statement was allegedly made to publicize it; and (e) Ben-Gurion, conveniently dead for five years at the time of the book’s publication, was in no position to acknowledge or deny Goldmann’s veracity.

How Machiavellian and self-centered was Nahum Goldmann? In a 1978 article in New York magazine, Sol Stern reported that Goldmann had traveled to Washington to urge Carter administration officials to “break the back” of the Israel lobby, “plead[ing] with the administration to stand firm and not back off from confrontations with the organized Jewish community as other administrations had done.”

In his 1987 book The Lobby, Edward Tivnan elaborated:

[Carter] and his men could not quite believe their ears. Goldmann had devoted his long life to Zionism, had been a major player in the “Jewish lobby” since the Truman Administration, had, in fact, invented one of the lobby’s most effective players, the Presidents Conference, and here he was actually arguing that his own brainchild, the Presidents Conference, had become a “destructive force” and a “major obstacle” to peace in the Middle East. Goldmann contended that despite the flak the White House would get in the beginning, eventually, if the Israelis compromised and a peace settlement were reached, Carter would emerge as “the hero of the Jews.”

The proposal was riddled with an irony that was probably beyond the people in the room. Goldmann had created the Presidents Conference to prevent the kind of dissent among American Jewish leaders that he himself was now sowing. The raison d’etre of the group was to present a united front to the White House on Middle East matters. But, of course, that was back when Goldmann’s friends were running Israel.

Now that [Menachem] Begin was running the Jewish state, Goldmann was willing to do anything to undermine his policies – including destroying his own pressure group.

In The Jewish Paradox Goldmann wrote: “The Israelis have the great weakness of thinking that the whole world revolves around them” – a monumental act of projection and a far more fitting epitaph for Goldmann himself, a man who time and again showed himself to care considerably less about Israel than about his own standing and reputation, and whose grotesque ego compelled him to undermine Israel whenever the nation or its leaders failed to conform to his expectations and preferences. 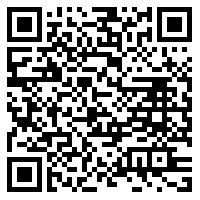