The winner of the Monitor’s first Henry Schwarzschild Award for Most Offensive Comments by a Jew in the Public Spotlight goes to Uri Avnery, the granddad of Israel’s hard-core Left. The prize, which probably will become an annual tradition, goes to the person who, in the Monitor’s considered opinion, by his or her statements revealed a contempt for the Jewish people, a disregard for historical truth, and a desire to sup at the table of Israel’s enemies.

As can be imagined, such a decision is hardly an easy one – not with the seemingly inexhaustible supply of Jews given to fatuous and foolish pronunciamentos. Before we get to the words of wisdom that made Avnery our 2004 winner, a little something about Henry Schwarzschild and why a prize like this deserves to bear his name.

Schwarzschild, who died in 1996, was a longtime activist in groups like the American Civil Liberties Union (for many years he led the LU’s fight to abolish capital punishment) and Jewish Peace Fellowship. In the wake of the Israeli siege of Beirut in the summer of 1982, he wrote a letter of resignation to the journal Sh’ma which will stand in perpetuity as a monument to the neuroses and insecurities of a secular leftist who bows the knee to the god of universalism.


“… For a generation now,” Schwarzschild wrote, “I have been deeply troubled by the chauvinistic assumptions and repressive effects of Israeli nationalism. I have experienced the War on Lebanon of the past few weeks as a turning point in Jewish history and consciousness exceeded in importance only by the End of the Second Commonwealth and the Holocaust. I have resisted the interference for over thirty years, but the War on Lebanon has now made clear to me that the resumption of political power by the Jewish people after two thousand years of diaspora has been a tragedy of historical dimensions.

“The State of Israel has demanded recognition a the modern political incarnation of the Jewish people. To grant that is to betray the Jewish tradition…. I will not avoid an unambiguous response to the Israeli army’s turning of West Beirut into another Warsaw ghetto. I now conclude and avow that the price of a Jewish state is, to me, Jewishly unacceptable and that the existence of this (or any similar) Jewish ethnic religious nation state is a Jewish, i.e., a human and moral, disaster and violates every remaining value for which Judaism and Jews might exist in history.

“The lethal military triumphalism and corrosive racism that inheres in the State and in its supporters (both there and here) are profoundly abhorrent to me. So is the message that now goes forth to the nations of the world that the Jewish people claim the right to impose a holocaust on others in order to preserve its State….

“I now renounce the State of Israel, disavow any political connection or emotional obligation to it, and declare myself its enemy. I retain, of course, the same deep concern for its inhabitants, Jewish, Arab, and other, that I hold for all humankind. I remain a member of the Jewish people – indeed, I have no other inner identity. But the State of Israel has now also triumphed over the Jewish people and its history, for the time being at least….”

Schwarzschild’s piece was immediately published in the leftist Nation magazine, and for better than two decades has remained a favorite of Jews on the Left. In 2003, Tony Kushner and Alisa Solomon included it in Wrestling with Zion, a compilation of essays by leftists ambivalent at best about Israel and its policies.

Avnery’s remarks aren’t quite as contemptible as Schwarzschild’s, but they’re bad enough, as the Monitor noted in a column last fall. In an interview with Haaretz shortly after the death of Yasir Arafat, Avnery waxed lyrical about the wonderful qualities he’d found in the terror chief who championed and orchestrated the killing of countless men, women and children.

When it came to comparing Arafat with former Israeli prime minister Ehud Barak, Avnery was certain whom history would remember more kindly. “Barak is the arch-idiot of the Israeli-Palestinian conflict. He is also the arch-criminal…. He bears the main responsibility for the terrible loss of human life in the past few years. He is worse than Sharon.” 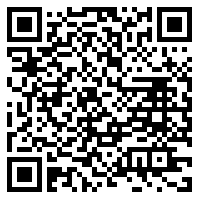