When Dr. Israel Shahak died on July 2, 2001, the Monitor speculated that he “presumably had ample opportunity by now to compare notes with Hitler, Stalin and the other equally distinguished residents of his new, supernaturally heated neighborhood.”

In retrospect, that attempt at morbid humor at Shahak’s expense was probably out of place, because there was nothing at all funny about one of the sickest characters Jewry’s ever produced – and God knows we’ve produced more than our share of sick ones.


It’s a truism that you can tell a man by the company he keeps, and a recent Google search on Jewish anti-Semitism revealed the company that keeps Shahak. Six and a half years after his death, his legacy lives on at countless neo-Nazi and anti-Israel websites, where his writings – with titles like “The Jewish Laundry of Drug Money” and “Israel’s Discriminatory Practices Are Rooted in Jewish Law” – are lavishly praised and lovingly preserved.

To call Shahak a self-hating Jew would be too easy, too trite. Besides, as the writer Sidney Zion observed to the Monitor several years back, such Jews are rarely self-hating at all – to the contrary, they love and adore themselves. It’s other Jews with whom they have a problem.

Going by the large body of writing he left behind, one can accurately describe Shahak as not just a hater of Israel but a hater of Jews, with the exception of those who share his ultra left-wing, militantly anti-religious, passionately pro-Palestinian mindset.

Shahak was a Polish Jew whose family was herded into the Warsaw Ghetto during the Nazi occupation of Poland. He was sent to Bergen-Belsen in 1943 and, upon his liberation two years later, made his way to what was then British Mandate Palestine.

He went on to become a professor of organic chemistry (he taught at Jerusalem’s Hebrew University for 25 years), but it was as a so-called human rights activist that he made a name for himself. This, however, was no garden variety bleeding-heart leftist. Shahak not only came to despise Zionism and consider the establishment of the State of Israel a criminal act; he also set out to expose what he considered the depravities and hypocrisies of rabbinic Judaism – and to do so in as public a manner as possible.

Because he downplayed Jewish suffering in favor of painting Jews and Israelis as serial oppressors, Shahak had little patience with the notion that the Holocaust had a profound impact on either the Israeli psyche or Israeli policy-making. To him, Jews were victimizers, not victims.

“These ‘Holocaust memories’ are a fake,” he wrote in one of his numerous essays popular with the shaved head and tattooed-swastika crowd. In another article, he insisted that “racism and discrimination pervade all walks of life in Israel…. We need to recognize that in Israel the real issue is discrimination not only against the Palestinians … but against all non-Jews.”

It was Shahak who helped popularize the now familiar equating of Israelis with Nazis, declaring in one article that “the Jews of Israel, along with most of the Jews of the world, are at present undergoing a process of Nazification” and in yet another that any Jew who “denies the Palestinians their humanity” is a “Jewish Nazi.”

Just how twisted was Shahak? In his book Jewish History, Jewish Religion, he portrayed the notorious Chmielnicki massacres as a righteous rebellion by the downtrodden against their Jewish oppressors, and complained that Jews choose to remember it instead as an unprovoked anti-Jewish atrocity. Here’s how he put it:

“This typical peasant uprising against extreme oppression [italics added] …. has remained emblazoned in the consciousness of east European Jews to this very day – not, however, as a peasant uprising, a revolt of the oppressed, of the real wretched of the earth, nor even as a vengeance visited upon all the servants of the Polish nobility, but as an act of gratuitous anti-Semitism directed against Jews as such.”

Shahak time and again came under fire for his habit of denigrating Judaism by citing references and quoting sources taken wholly out of context, and as far back as 1966 was exposed as an incorrigible liar by the late Rabbi Immanuel Jakobovits, the then-chief rabbi of the United Kingdom, in an article in the Orthodox publication Tradition.

He was a dangerous mountebank and fraud, and the Passover Haggadah’s wicked son personified. 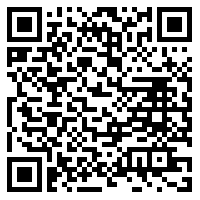