Two weeks ago, The Jewish Press featured an interview with author Robert Gandt on the incredible genesis of Israel’s air force. The inspiration for Gandt’s book – Angels in the Sky: How a Band of Volunteer Airmen Saved the New State of Israel – was Mitchell Flint, who passed away last month at age 94, one of the last remaining pilots to have fought in Israel’s War of Independence.

To learn more about him, we recently spoke to his son, film producer Mike Flint.

The Jewish Press: Your father fought for the United States as a pilot in World War II, following his father who did the same in World War I. How did he wind up fighting for Israel in 1948?

Flint: He was at UC Berkeley at the time, and somebody came up to him and asked if he wanted to be in a movie. He roped him into talking more, and when he got him alone, he said, “Listen, we’re really not talking about a movie. What we’re talking about is the formation of the Israeli air force.”

My father’s answer was yes, but he had finals coming up, and he also had had a hand in having Harry Truman speak at graduation since my dad grew up in Kansas City and his father was friends with Truman. The other remaining question was his mother. She said, “It’s a beautiful cause. I’m 100 percent in support of Israel, but you’re my only son, and you know how dangerous war is.”

So my father came up with the story that he was going to the Olympics in England. He loved English history and said he wanted to see his English cousins. Also, all his classmates were going to be there, he said. The largest contingent to the Olympics in 1948 actually came from UC Berkeley. The Olympics were completely different than they are now. Back then, it was the best college athletes around the country who competed.

So she said, “That’s a wonderful graduation gift to give yourself.” And thus began his road to Israel. He first made his way to London, though – where he arranged for his cousins to periodically send postcards to his mother in California so she would think he was having a fun time in London.

How did Israel know to approach your father?

The same way they knew to approach Mickey Marcus, who was asked to be Israel’s first general. There was no recruiting station or phone number you could call and say, “Hey, I want to sign up.” Israel’s intelligence agencies basically went all out looking for people who had skills. And my dad was a crackerjack great pilot. He really was. He had a lot of experience. And Israel had no pilots at the time.

What made your father say yes?

He knew what happened in the Holocaust, and he didn’t want to see Israel [destroyed].

What were some of the more important missions your father flew once he arrived in Israel?

The defining mission of the birth of Israel took place over the Faluja pocket. The Egyptians were coming through this pocket and once they crossed it, it would have been tough – if not impossible – for Israel to defend itself.

Israel didn’t have enough big bombers to drop bombs on the area, and it’s also much more accurate to use a dive bomber, which literally dives down toward the enemy and either shoots bullets or unloads a bomb as it dives. My dad was the only pilot in Israel’s air force with dive-bombing experience, so they asked him to head this new group called Squadron 35. For approximately six days, they bombed the Faluja pocket until the Egyptians decided to retreat.

That tactical decision probably changed the war. If the Egyptians had gone through, Israel probably would have lost. Nobody knows for sure – because prayers do get answered – but from a tactical position, that changed the course of the war.

What happened to your father after the war was over?

He returned to the United States and became a lawyer.

Did he think of staying in Israel?

Absolutely. He was offered the rank of chief military commander. But he felt very confident that the Israelis had trained a new set of Israeli pilots and that he could return to America.

Later on, Ben-Gurion asked my father to return to Israel and asked him to be chief commander of the Israeli air force. My father said no, so Ben-Gurion said, “Well, if you can’t do that, make sure to send your kids to a yeshiva so they can learn to be fluent in Hebrew and know their Jewish background.” And that’s how I ended up going to what is now known as Harkham Hillel Hebrew Academy in Beverly Hills. I would have never gone if not for Ben-Gurion.

In what language did Ben-Gurion speak to your father?

English. I always thought he only spoke Hebrew. But his English was phenomenal.

Was your grandmother very upset with your father when he got back?

My grandmother had already found out about his activities – and she was livid. My father had told some of his friends what he was really doing, and one of them happened to meet my grandmother in a grocery store and said, “You must be so proud of your son.” She said, “Of course I’m proud of him.” He said, “What your son accomplished was unbelievable.” She asked, “What are you talking about?” And that’s when she found out.

She was hurt, but she also was so proud of him. And the story goes that when he got back, she screamed at him – “How dare you do that!” – and then said, “Hey, son, I love you. That’s amazing what you did.”

Your father was honored in Israel several years ago when he turned 90. What was that like?

I think it’s one of the most beautiful stories. He went to Israel for the graduation of the pilots – the ceremony at which they get their wings. He was the only one there who was also at Israel’s very first graduation for pilots, and they gave him a standing ovation.

But that isn’t the end of the story. The end of the story is the chief of the air force, Amir Eshel, came over to my father and said, “Mitchell, I’ve heard your story from several people, and the wife of Ezer Weizman [who flew alongside Flint in Israel’s war of Independence and later became president of Israel] shared with me that you turned down the rank of chief military commander. I’d like to offer it to you again now, and I hope you don’t refuse it.” So he accepted.

You’re currently making a feature film and documentary on the volunteers who helped create Israel’s air force in 1948. What is the status of those films?

The Riots: A Will to Overthrow the United States 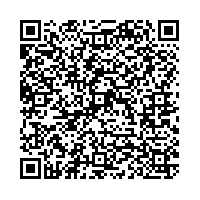