A peculiarly Israeli approach to national defense was on display recently at a high school in Shaar HaNegev, “Gate of the Desert.” There, as described in an article in the Hebrew-language online daily Globus, 350 Israelis showed up for a Hackathon dubbed “What Happens to Every Balloon.”


The event announcement called for volunteers to try to develop solutions for the latest “war” effort emanating from the Gaza Strip. Balloons, filled with helium stolen from Gaza hospitals, are equipped with bombs, grenades and other flammable materials, and then sent flying into the air, which the Arabs hope will carry the kites north and east to the Jewish communities nearby, to the fields where many in these communities farm. Focused entirely on civilian targets—and so a clear violation of the law of war—the tactic hasn’t yet caused any Jewish deaths. But it has destroyed many thousands of acres of Israeli farmland and a nature reserve, as well as caused the deaths of many animals.

More volunteers signed up than the site could accommodate, and registration for the event had to be closed. The Israelis who came—kippah-decked and bare-headed, men and women, and mostly young—were divided into groups with three different goals: identifying the threat; destroying the threat; and minimizing the damage. Among these three groups, a total of 20 teams were created. Each had a mentor, chosen from among experts in lasers, radar, optics, photography, fire-fighting and other fields.

Representatives from the army were also there, along with people from a local college and residents of the region. There were also high school students in the crowd, mixed in with everyone else because in Israel, it’s understood to make sense to put a 16-year-old into the same group with a laser expert from the army and a professor. You never know where the best new idea will come from.

The other uniquely Israeli spin: People who had never met each other were plopped into a meeting room, where they were expected to brainstorm for a day and come up with solutions—purely technological, purely defensive—to this latest threat.

At the end of the day, each group presented its work. The proposals ranged from a system of lenses that identifies threats and then focuses the sun’s rays on them to destroy them; and a flying fire-detection system, equipped with thermal cameras and the capacity to shoot fire-extinguishing chemicals (and to land, reload and relaunch automatically).

The event’s name is taken from a popular children’s book published in 1974, written in Hebrew, called A Tale of Five Balloons. It teaches, among other things, about loss. The story ends with the balloon popping, and the child learning that this is what happens to every balloon. Halevai. If only. 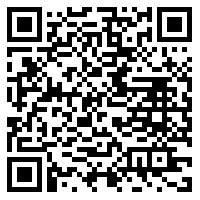