Many campus Israel groups have brought Israeli soldiers to speak at their schools in recent years because they value the insights and perspectives IDF veterans bring to the campus Israel dialogue. But some people who have had life-changing experiences serving in the Israel Defense Forces later earn their college degree in the United States. These students offer a unique view on Israel, based on their experience, and their advocacy on campus conveys that.


Sam Besser, who enrolled at the University of Illinois at Urbana-Champaign after serving nearly two years in the IDF, noted that he came to campus with perspectives that differ from those of his peers. “It is unfortunate that so many people are misguided by lies and it’s even scarier that a lot of American Jews don’t have the knowledge to combat these lies and untruths,” he said.

Although he knows more than many other students, Besser is careful not to preach or bombard people with more information than they can process. He encourages people to develop their own opinions after they have gathered reliable information.

Israel Campus Beat spoke with three American-born IDF veterans who have returned to the U.S. after completing their military service. Each has been involved — or plans to become involved — in campus Israel advocacy efforts. They told their stories and explained how their army service has turned them into effective and authentic voices for Israel.

*** David Abraham, who will begin graduate school at Teachers College at Columbia University in the fall, earned his bachelor’s degree at the University of Arizona prior to serving in the IDF. Now, looking forward, he sees a tangible change in his level of advocacy.

“While in college, talking about and supporting Israel just seemed like the right thing to do. I didn’t have [as much of a] physical connection to Israel, [but] I never really considered the option of not being an advocate on campus,” Abraham explained. “Now that I have done the army and I am about to attend graduate school at Columbia University, I see the importance of Israel for the Jewish people in a completely different light.”

Abraham grew up in a Zionist household where he received what he described as a typical education from Hebrew school and “stories of [his] Mom’s trips to Israel were just as important as going over the nightly math homework.” After spending a gap year in Israel on the Nativ program, studying in Jerusalem and volunteering Be’er Sheva, Abraham fell in love with the language and mix of cultures in Israel. When he finished college, he wanted to return to Israel.

“I found the only plausible way to integrate into society was to join the IDF, where I would feel that connection of tradition and history to the modern day Jewish people while also learning the language,” he explained.

Abraham joined the IDF through a program called Garin Tzabar, which places groups of 20+ immigrants together on a kibbutz before they join the army. Although he was excited about this opportunity, he was nervous about the uncertainty of what would happen.

“One of the most special things about the army is that it places people together who never would have had the opportunity to meet while at the same time everyone is thrown into a similar confusion and hardness that they have never experienced before,” he explained. Additionally, he became fairly fluent in Hebrew and gained what he described as the mental ability to do anything, which he finds applicable outside of the army.

After serving in the army for two years in the Armored brigade, first as a tank driver and then a tank commander, Abraham was given responsibility for training new soldiers in fighting tactics in the tank before they defended the country’s borders.

“I felt as though from that moment on I could go anywhere in Israel or the world and be seen as an Israeli Jew, and not just a Jew, and that meant a lot to me,” he said. “It was as if I had put my foot into society and was now able to go after whatever I desired. The army or just contributing to society in some way was the key to making it with the Israeli people and I had successfully completed that.” 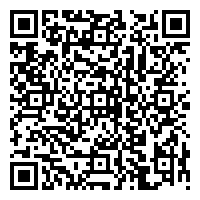