As they look back at the recently completed academic year, many campus Israel activists can point to examples of apartheid walls and walkouts, but these instances do little to ruffle their optimism. As they look ahead to the upcoming academic year, they focus on improving the campus Israel environment and building a stronger community commitment to peace and coexistence.


While most pro-Israel students have encountered some degree of tense or uncomfortable opposition on their campuses, they do not let these obstacles deter them from their goal of improving the campus Israel environment.

Portland State University student Josh Aherns and others affiliated with Christians United for Israel (CUFI) waged an uphill battle in response to an anti-Israel message advanced by rap group DAM at a local Portland public high school early in the school year. DAM’s performance at the school was promoted by an Arabic studies professor and the school principal. In May, CUFI hosted an event that drew more protesters than people who actually were interested in the program.

“A good portion of our audience was people who did not agree with our message and showed up to demonstrate against us,” Aherns acknowledged.

The message they were protesting was hardly radical: The organizers sought to encourage open dialogue.

“While they didn’t stay for the whole lecture, we were able to explain to them that we weren’t what DAM was saying about us,” Aherns said, adding that the walkout did not signify a total failure “While the group walked out, some individuals stayed for the entire event and accepted our invitation to dialogue.”

The experience in Oregon is replicated elsewhere around the country on a regular basis. Faced with walkouts, protests at events and blatant anti-Israel and anti-Jewish rhetoric, campus Israel leaders work towards a more peaceful, brighter future as they plan for the next academic year.

UCLA sophomore Avinoam Baral envisions an exciting future for Bruins for Israel (BFI), which he said hopes to enhance its campus presence next year.

The group hopes to facilitate more positive and reciprocal conversation between pro-Israel students and Students for Justice in Palestine (SJP) members. With little cooperation from UCLA’s SJP chapter, BFI members anticipate that they will enjoy success by maintaining the relationships that were built throughout the last academic year and cultivating new ones.

Focusing on the positive isn’t always easy, especially in light of some major tensions that BFI encountered on campus during the spring quarter. Baral pointed to one example, in which SJP members led a walkout that disrupted a BFI event.

“The walkout was a very unfortunate move, ” he said.” It could have been managed better [by both sides].”

Like many other Israel activists on campuses across the country who face similar challenges, Baral and Ahrens were not deterred by the obstacles they encountered last year. Rather, these occurrences inspired them to redouble their efforts in the year ahead. Baral said that BFI hopes to capitalize on the students they already have interested or seeking more information on pro-Israel activism by keeping up enthusiasm and education “to build a pro-Israel community that is not only a large community with a lot of members but is educated, well informed and can effectively advocate and support Israel.”

Aherns and other CUFI on Campus members at Portland State hope to build a more open and respectful environment in spite of the hostility they have encountered on campus.

“It was stressful, but very encouraging to students who had felt too intimidated to speak up for Israel on campus,” Aherns said in reference to last year’s events. “We strengthened our relationships and resolve, and were able to demonstrate to the community and students who weren’t sure what to think about Israel and CUFI that our group was able to be respectful and positive, even in a hostile environment.” 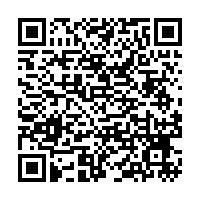