The UJA Federation of New York has invited controversial New York Times columnist Thomas Friedman to be the featured speaker at its upcoming June 4 event. Friedman will be the star of what the Federation is billing as a “conversation” with the editor-in-chief of the New York Jewish Week, Andrew Silow-Carroll.

In announcing the event, the Federation stated, “We’ll take your questions on the global ramifications of this age of uncertainty.” I have some questions, but they concern the credibility of the speaker who has been selected as an authority on global events. Perhaps Mr. Silow-Carroll can ask them.


Last week, a young Israeli soldier, Amit Ben-Yigal, was murdered by an Arab who threw a heavy rock at his head. He was at least the 17th Israeli murdered by Arab rock-throwers since the 1980s. Mr. Friedman, do you still consider rock-throwing to be “non-violent”?

On April 24, The Jerusalem Post reported that the water level in the Kinneret is now at a 16-year high. In fact, it is so high that it has almost reached what the Israelis call “the upper red line,” meaning it may flood the nearby city of Tiberias if water is not drained. So, Mr. Friedman, will you now acknowledge that your fears were exaggerated?

And one question for the UJA Federation: How much are you paying Thomas Friedman? Ordinarily, a speaker’s fee might be regarded as private information. But considering Friedman’s long history of making troubling statements, it seems only fair that donors to the UJA Federation be informed how much of their donations are being used to pay him. 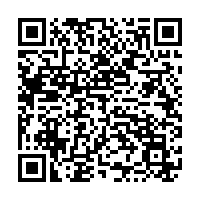