Jerusalem Day, in honor of the reunification of the city in 1967, is celebrated on the 28th day of Iyar, which this year is Wednesday, May 19. The following are statements from Labor Party leaders – all made after the signing of the 1993 Oslo Accords – about the necessity of keeping Jerusalem permanently undivided under Israeli sovereignty.* “Jerusalem is politically closed, religiously open. No serious person will suggest to make out of Jerusalem another Berlin, to have a wall, a split. Jerusalem is united politically, is the capital of Israel, and you cannot have two capitals in one city.”* Foreign Minister Shimon Peres, in a July 25,1994 interview with MacNeil/Lehrer Newshour.* “We did not then succeed [during the 1948 War of Independence] in liberating the Old City, and over the years, we lived with the painful feeling that the city was divided and that the remnant of the Temple was in the hands of foreigners. For 19 years, the paths to the Western Wall were desolate: ‘The market square is empty, and no one visits the Temple Mount in the Old City,’ in the words of poet Naomi Shemer.“We are divided in our opinions, on the Left and the Right. We argue over courses of action and over purpose. I believe that there is no argument on one matter – the wholeness of Jerusalem, and its continued existence as the capital of the State of Israel. I said yesterday, and repeat today, that there are not two Jerusalems; there is only one Jerusalem. From our perspective, Jerusalem is not a subject for compromise. Jerusalem was ours, will be ours, is ours – and will remain as such forever.”* Prime Minister Yitzhak Rabin, in a May 29, 1995 Jerusalem Day address to the Knesset.* “If they told us that peace is the price of giving up on a united Jerusalem under Israeli sovereignty, my reply would be ‘let’s do without peace.’ “* Rabin, in a speech to Tel Aviv students, on June 27, 1995.* “Where do you exactly draw the line between calling someone a ‘traitor’ and saying [he will] divide Jerusalem?“These statements lead to [other] statements I’ve already heard: ‘Peres wants to burn Jerusalem.’ This whole campaign, with the slogan of ‘Peres will divide Jerusalem,’ is character assassination.”* Peres, then prime minister, in February 1996, angrily rejecting the Likud election campaign slogan, “Peres will divide Jerusalem”.* “The government’s position is clear. Jerusalem will forever remain the undivided capital of Israel. I call on everyone to show a sense of national responsibility and stop putting question marks around the subject of Jerusalem.”* Prime Minister Ehud Barak, at a March 12, 2000 cabinet meeting.* “Jerusalem shall forever remain ours because it is in our souls. Never again will Jerusalem be under foreign sovereignty. Only someone who has no sense of reality, who does not understand anything about Israel’s yearning and longing and the Jewish people’s historical connection to Jerusalem for over 3,000 years would even consider any making concessions over the city.”* Barak, at a ceremony at Ammunition Hill on June 1, 2000 marking Jerusalem Day. Barak shattered the consensus on Jerusalem six weeks later at Camp David.* “Yitzhak is certainly turning over in his grave. He never would have agreed to compromise on the Old City and the Temple Mount, because for him Jerusalem was sacred from a strictly national and historic point of view. He was thankful that in 1967 he was the army chief of staff who liberated it.”* Leah Rabin, widow of Yitzhak Rabin, in a September 9, 2000 interview with Yediot Ahronot, criticizing Barak’s concessions at Camp David.)* * * Thomas Friedman of The New York Times regularly spews hatred of Jewish residents of Judea, Samaria and Gaza, such as this past Sunday, when he compared “settlers” with Shiite terrorists in Iraq, writing: “Both movements combine religious messianism, and a willingness to sacrifice their followers and others for absolutist visions, along with a certain disdain for man-made laws, as opposed to those from God.”As an op-ed columnist, Friedman has a forum to express whatever opinions he wishes, however bigoted. But sometimes he makes completely false statements, such as last Thursday, when he wrote: “Why did the administration always – rightly – bash Yasir Arafat, but never lift a finger or utter a word to stop Ariel Sharon’s massive building of illegal settlements in the West Bank?”Putting aside that “settlements” are neither illegal nor comparable to terror, the notion that Sharon is involved in a “massive building of settlements” is absurd. The Sharon government has not established any new settlements and Sharon wants to remove at least 25 existing ones.Even if Sharon is deemed responsible for the several dozen outposts that have been erected in Judea, Samaria and Gaza – though in fact he has expressed opposition to them and they were built without government approval – the total population in the outposts is in the hundreds, hardly a “massive” enterprise.In the established settlements, overall there has been moderate population growth since Sharon’s 2001 election, largely due to the birth of children. With the exception of a few major communities like Beitar Illit and Ma’ale Adumim – each of which has more than 25,000 residents – there has not been substantial construction within Jewish communities in Judea, Samaria and Gaza. This is mainly because, contrary to Friedman’s claim, the Bush Administration has repeatedly called for “an end to settlement activity” and Sharon has agreed to severe limits on new construction, including in a letter to President Bush during Sharon’s April visit to the White House.Perhaps Friedman thinks it is still 1991, when Sharon was indeed building new settlements. More likely, either he has no hesitation to libel, or is ignorant of realities. Regardless, he is far from the Middle East expert some consider him to be. 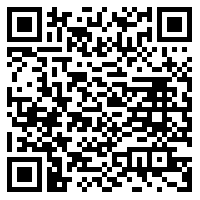