It may be ill advised for a political columnist to confess to being burnt-out on politics, but there you have it. It set in about a month ago – a certain fatigue that’s been particularly hard to shake. No doubt the onset of election season was the main culprit, not to mention the simultaneous escalation of the war in Iraq.But as much as I hate to admit it, it was the mainstream media that really wore me down. Because to buy into the 24-hour media spin that constitutes much of our reality is to take part in an elaborate game of sorts. And the rules of this game require that one ignore what he knows to be true, in favor of a facade.The facade holds that the War on Terrorism is simply a battle against a small band of extremists who hide under the banner of Islam. The reality is much more frightening. The war is in fact – as Samuel P. Huntington predicted in his book of this title – a “clash of civilizations.” It is a religious war, declared by Muslims against Christianity, Judaism, Hinduism, and just about everyone else. The Crusades were just a warm-up for what has become, for all intents and purposes, World War III. Many Westerners don’t want to admit as much, because they’re squeamish about such primitive concepts. But the war cannot be won until its true nature is laid bare.The facade holds that the media really don’t take sides in politics, even though most journalists are Democrats. We’ve been subjected to relentless Bush-bashing for the last three years and yet each new accusation is treated as credible. We’re actually supposed to believe that the media’s “scoops” consist of something other than Democratic National Committee (DNC) talking points. And now that the spotlight is finally shining on John Kerry’s many shortcomings (after months of Internet journalism on the subject), we’re told the “liberal media” is just a myth after all.The facade maintains that the Arab and Islamic world can be won over; that if we just try hard enough, one day they’ll decide they like us. We persist in the foolish belief that anything we do or say can lesson the hatred emanating towards us. The pages of the Arab press are filled with slander and hatred of the United States, and yet we’re told that it’s a passing phase. They are openly contemptuous of our way of life, our freedoms, our very existence, but we’re supposed to believe that underneath it all, they really want the same things we do.The facade holds that it’s acceptable for a society to be tearing itself apart during a struggle of monumental proportions. As our enemies watch our every move, we demonstrate disunity and weakness. We’re supposed to believe that the “9/11 commission” is about something other than petty, partisan politics on the part of the Democrats. As U.S. and Coalition soldiers die in Iraq, traitors try and undermine the very cause they fight for. And the steady drumbeat of self-destruction just goes on.The facade maintains that a “peace process” exists in the Middle East. We’re told that the Palestinians don’t simply want to annihilate all Jews (as they’ve demonstrated time and time again), but that they’re actually capable of negotiating. We act like they’re not enemies of the United States, even as they celebrate American deaths and burn effigies of our leaders. We pretend that they have a civilization to offer, rather than the death and destruction they produce with such skill. And finally, we’re to believe that, after everything, the Palestinians still deserve a state; that one more dictatorial, Islamic, terrorist state in the Middle East is just what the world needs.And now the facade requires us to show outrage at the transgressions of a few U.S. soldiers in Iraq, even while daily Islamic atrocities go unremarked on. Saddam killed hundreds of thousands and yet America is suddenly portrayed as the purveyor of brutality. Our leaders prostrate themselves at the feet of the Arab world, as if its dictators are worthy of judging us. The Democrats are in a feeding frenzy, invoking massacres and calling for resignations left and right. Meanwhile, the war continues. Of all the craven comparisons of Iraq to Vietnam, the only one that may yet turn out to be prophetic is if we allow the media to turn Americans against their own military.Battling such a facade is no easy task and occasionally it gets to the best of us. Despite the presence of “alternative” media, such as Fox News, talk radio and the Internet, all too often even conservative sources buy into the larger media spin. Instead of setting their own agenda, they waste precious time responding to the attacks of the Left. At such junctures, I’ve found that it’s best to just turn off the TV, radio, or computer, and throw the newspaper in the recycling bin. Keep up with important events, but ignore the chattering classes. And above all go with your gut, because, unlike the media, it never fails. 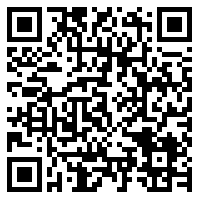