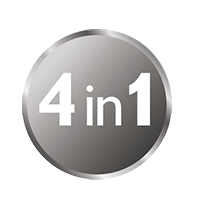 With the return to power of former US President Barack Obama’s team, we are once again hearing murmurings of “two states for two peoples.” It is being reinforced by political media agencies with the aim of suppressing thought, but above all else – it conceals a lie.

What is meant by the term “Palestinian people”? What Palestinian people is deserving of a state to be called “Palestine”? They all pretend as if this was a population that lives in Judea and Samaria and Jerusalem, based on the fiction that Israel “occupied” these territories, which in fact were occupied for generations, by the Jordanian regime, and were never under “Palestinian” rule. Does this refer only to the residents of Area A, in which the Palestinian Authority already enjoys partial autonomy? Should we add to this the Gaza Strip? What about the 5 million pseudo-Palestinian “refugees” (originally numbering 600,000 people), who have been waiting 73 years to enjoy the “right of return”? The return to what territory exactly? If we are to believe the statements from Palestinian leaders, this right of return will pertain to the State of Israel’s territory on the 1967 borders.


It is clear, therefore, from the Palestinian statements that they are referring to more than the territory that was “occupied” following the Arab defeat in the 1967 Six-Day War. The territory of the entire State of Israel is on the line, and no Palestinian state will yield its demand for the unification of territories and populations. Let us not forget there is yet another branch of the Palestinian “people” that constitutes 70% of the population in Jordan, in which a Bedouin minority controls the throne. A glance at this landscape raised two geostrategic questions: How will the West Bank be connected to Gaza? Any land-based connection will cut Israel in two and expose it to the threat of infiltration, and this is in an era in which the Negev Region is already seen as a kind of no man’s land. Do we intend to bring back the Polish Corridor? That territory, which provided the Second Republic of Poland with access to the Baltic Sea and divided the bulk of Germany from East Prussia, was the pretext for the Nazi invasion of Poland that marked the beginning of World War II.

“Two states for two peoples,” they say, but a state is first and foremost territory. There are 70 kilometers (around 45 miles) stretching from the Jordan River to the Mediterranean Sea. Should this imaginary Palestine come to exist, the State of Israel will return to a strategic depth of 15 kilometers (roughly nine miles) in the country’s center. Its point of weakness will be within range of rocket fire from the mountains above the Sharon Plain.

The retreat from Gaza illustrated how much security we should expect, and the IDF’s Operation Guardian of the Walls in May created a window of opportunity for a group that thus far had not been taken into consideration on the geostrategic map: Arab Israelis. They are full Israeli citizens, but they see themselves as members of the Palestinian people. They constantly demand, even in the Israeli Knesset, the dissolution of the state of which they are citizens and its transformation into a binational state. During the last conflict, we experienced a spike in the quality of the riots and pogroms against Jews during fighting on the front. How can one describe a civilian attack on the home front at a time of war? The script for the next conflict may already have been written. It goes without saying that within the framework of a coalition that includes Arab parties, Israel has tied its hands and feet on every political and governance issue.

The establishment of “Palestine” will spark a chain reaction: the return of refugees, the dissimilation of Arab Israelis, the rousing of Palestinian Jordanians, and the definition of Palestine as a unification of the West Bank, Gaza, and Arab regions inside the State of Israel and Jordan. Forget about the State of Israel, and definitely forget about a Jewish state. “Two states for two peoples” is a code name for an entirely different plan: Four states for one people. 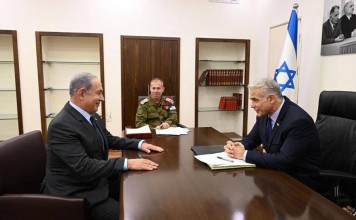 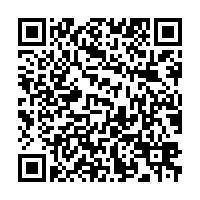