Bush himself is the lightning rod for this kind of thinking. A plain man with a mediocre history in the liberal mind he epitomizes all they disdain in their conservative opponents. He does not speak particularly well off the cuff and frequently seems at a loss for words. How could someone so ordinary in this view have beaten the handsomely credentialed Democratic candidate? How could such a seemingly simple fellow have taken the White House away from the smart folks the ones who really know what’s good for this country?

This is the real reason for the anger and nastiness of the current presidential campaign. It’s become the liberals? crusade to take back what they view as their birthright. Believing they’re the smart ones the ones who really know what’s right for this nation they imagine they have been denied their right to lead by a mean trick of fate abetted by fantasized Republican dirty tricks. But who is really guilty of below-the-belt tactics? Who has brought the current election cycle into the gutter by making all sorts of outrageous claims and propagating falsehoods? Who has demeaned the man they oppose by name-calling and as White House Press Secretary Scott McClellan recently put it trolling for trash on the president? Who has politicized a war that in prior incarnations (during the Clinton years) they were quick to advocate for? Who has been inconsistent in word and deed regarding dealing with the terrorist threats that face this country?


The election this year reflects a deep divide between groups in this nation between those who feel that national power is their birthright to be reclaimed at any cost and those who feel America needed to be re-directed back toward self-reliance and strong national defense – and who acted on that in the wake of the cataclysmic events of September 11 2001.

If the good Professor Brandon is to be believed conservatives are generally dummies compared to the best and the brightest in the liberal ranks. Personally I have a problem with this viewpoint. But I fear most liberals really do subscribe to it. And it is this deep-seated feeling that makes them so livid and shrill when faced with a plain-talking average George sitting in a White House they thought reserved for one of their own. 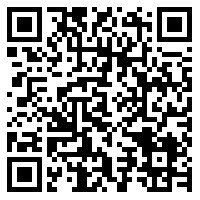