For many Jews or at least those Jews for whom Israel’s security is paramount the alarm bells rang and the red flags went up when they heard presidential candidate Howard Dean take the position during the Democratic primaries that the U.S. should play a more even-handed role in dealing with the Israeli-Palestinian conflict.


Of course the reason supporters of Israel reacted as strongly as they did was that at the time he made those comments Dean was well ahead of the pack of Democrats seeking the nomination. There was hardly a peep from anyone when Al Sharpton called for negotiations with Hamas.

The greater cause for alarm among Jews should have been the reckless attacks on President Bush from the mainstream Democratic candidates who lambasted the president for being ‘miserable failure’ who’s ‘alienated our friends.’

What was the ‘miserable failure’? What ‘friends’ did we alienate?

In the recent Spanish election voters sent a clear message to Al Qaeda Bin Laden Hamas and the rest of the international evil-doers: Don’t attack us and we won’t tell you whom you can or can’t terrorize.

For many of us the victory in Spain of a socialist – a socialist who vowed to remove Spanish troops from Iraq – was a blow to our morale. For those of us who are fully behind our president in fighting the war on terror it is not easy watching our allies pull back or have second thoughts about their commitment to unite behind us as we fight one of the most evil enemies civilization has ever faced.

Late last month yet another message to the terrorists was sent by those allies whose ‘good will we squandered ‘ at least according to the Democrats. After Israel sent Hamas founder and leader Sheikh Yassin to his paradise of 72 virgins the European Union and other countries condemned Israel for ‘violating international law ‘ among other things.

When America was attacked on 9/11 we seemed to have the support and ‘good will’ of the world. But our ‘friends’ supported our right to hunt down Bin Laden only as long as we limited our hunt to Afghanistan.

Israel is victimized on a regular basis: Homicide bombers kill Jews on buses cafes hotels discos et al. Despite enduring relentless attacks Israel still can’t engender any of the ‘good will’ that Democrats love to talk about. Israel and Jews worldwide know this and have to some extent come to accept it.

What Jews and supporters of Israel do not have to come to grips with or accept is the worldview of the Democratic party particularly as it relates to Israel. John Kerry’s flip-flops on Israel should come as no surprise to anyone. He appeases Arab voters in Detroit because he needs the support of an ever-growing population in a state that can go either way. In New York meanwhile because he needs Jewish money he tells Jewish leaders what they want to hear about Israel’s right to defend itself.

As to which John Kerry we should believe on Israel just look at whom he wants to deal with when it comes to defending his own country. If Kerry truly believes that America would be safer entrusting its security needs to a corrupt and inept United Nations – an institution dominated by Third World and rogue nations then what hope is there for Israel which is reviled and the constant subject of condemnation in that very world body? 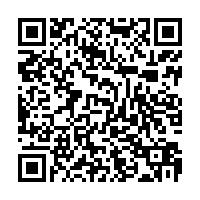