Every spring, the Jewish community is treated to a colorful variety of new editions of the Passover Haggadah. There’s something for everybody—you can find Haggadahs that focus on everything to the environment to The Marvelous Mrs. Maisel TV show. And now, just in time for the 2020 holiday, brace yourself for the most disturbing version yet, courtesy of J Street: The Anti-Israel Haggadah.

That’s not its official name, of course. And J Street will surely bristle at the notion that anything it does can be described as “anti-Israel.” But almost every page in the new J Street Haggadah drips with denunciations of the Jewish State.


It starts with “Kadesh,” the first cup of wine. Israel is “ruling people who do not want to be ruled by us,” it declares.

For “Yachatz,” the breaking of the matzoh, readers of the J Street Haggadah are told that “Israel grabs and settles territory” that belongs to others and is to blame for “the degradation of occupation.”

“Ma Nishtana”? How does this night different from other nights? It differs because now Israel is “perpetuating injustice against the Palestinians.”

The Four Questions? The “wise child” accuses Israel of failing to implement equal rights. The “troubled child” claims Israelis are guilty of “the mistreatment of Palestinians.” And the “simple child” —read: stupid child— says “I love Israel. What’s wrong with that?”

It actually gets even preachier than that. A section called “Ten Modern Plagues of the Israeli-Palestinian Conflict” lists ten ways in which Israel persecutes Arabs. Palestinian terrorism is mentioned—but only in order to blame Israel. The Israeli army’s counter-terrorism policies “encourage retaliatory terrorist attacks,” J Street claims (against all evidence).

So it goes through the remaining parts of the Passover service. The bitter Maror is said to reflect the bitterness of the “slavery” that is “inflicted by us” (meaning by Israel). The sweetness of the Charoset contrasts with Israel’s “oppression of others.” Elijah’s Cup supposedly reminds us of “the pain of the Palestinians.”

All of J Street’s talk of “occupation” will no doubt surprise anybody who knows the basic facts of recent Middle East history. The “occupation” of the Palestinian Arabs ended way back in 1995, Israel withdrew from the cities in Judea-Samaria (the so-called West Bank) where 98 percent of the Palestinian Arabs reside; and in 2005, Israel withdrew from 100 percent of the Gaza Strip.

The J Street Haggadah concludes with the traditional declaration, “Next Year in Jerusalem!,” but with a very nontraditional twist. Jerusalem is “a symbol of conflict and confusion,” J Street asserts. Next year, it hopes, that Jerusalem, too, will no longer be plagued by the “occupation” of “East Jerusalem.”

In the authentic Haggadah, of course, there is no such thing as “East Jerusalem.” And in the Torah, there are hundreds of references to Jerusalem, but none to the artificial entity that J Street calls “East Jerusalem.” That part of the city includes the Temple Mount, the Western Wall, and the Jewish Quarter.

“For Zion’s sake I am not silent, and for Jerusalem’s sake I do not rest,” the prophet Isaiah proclaims (62:1). It’s a call to the Jewish people throughout the generations and a reminder that undivided Jerusalem is the heart of the Jewish nation.

J Street does not rest, either, but its energy is devoted to an agenda that includes using Jewish symbols and texts to denigrate the Jewish State. That’s a very peculiar way to celebrate one of the most sacred days on the Jewish calendar. 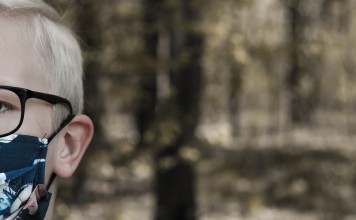 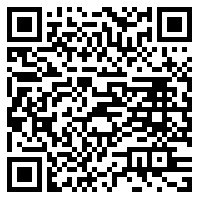