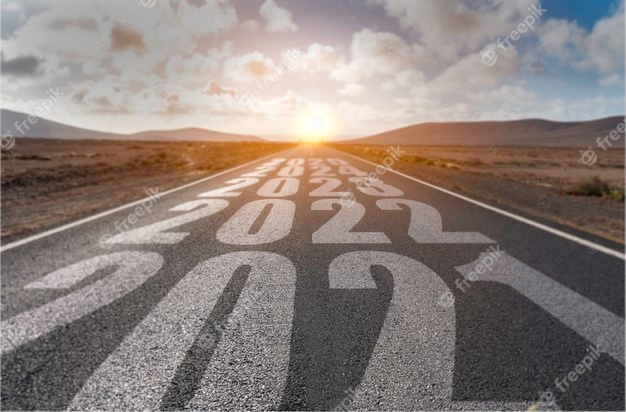 Looking back at 2021 in the hope of having something sensible to say about the past year, I found myself musing on a perennial question. Is history a story of progress, in which greater numbers of human beings become healthier, happier, more affluent, more tolerant and more educated with each year? Is it a story in which we learn from our past errors and those of our predecessors in order to not repeat them?

Or is history a series of random cycles, in which health, happiness and wealth are at best fleeting experiences in a world where the same ills return to overcome us, regardless of the era we live in?

One’s perspective on this to a great extent is determined by one’s context. The experience of a citizen of Norway, say, lends itself well to the view that history is about the unfolding of progress, whereas the life of someone in Afghanistan contrastingly suggests that history is a matter of enduring the same tribulations at different times. In this latter rubric, all solutions are temporary and all problems return.

Regardless of where you live, however, both interpretations of history can make sense. At the end of the Cold War 30 years ago, the view of history as progress—sometimes called the “Whig” view so as to accent that progressive element—was everywhere, to the point that some analysts concluded that history was essentially over. Western democratic capitalism—with its complex of economic and political rights, and its emphasis on maximizing individual freedoms—was the destination where much of humanity had already disembarked, with the remainder certain to arrive there sooner or later.

That was, in crude terms, the theory. And it turned out to be little more than a theory, or less charitably, wishful thinking. In these present years defined by a pandemic, by the marked souring of democratic politics, and by alarming economic and environmental signals, the notion that history is a story of eternal recurrence with little progress makes far more sense. “There is no remembrance of former things; neither shall there be any remembrance of things that are to come with those that shall come after,” observes the book of Koheleth (Ecclesiastes). I have lost count of the number of times that events during the course of this year have reminded me of that haunting verse.

In May, to take the most obvious example, we witnessed renewed conflict in the Gaza Strip provoked by Hamas terrorist attacks on Israel. The triggers for the 2021 conflict were much the same as during the conflicts of 2008-09 and 2014. The goal of Hamas—the elimination of Israel—was also the same. Unchanged as well was the strategy of the Israel Defense Forces—to defend Israel’s civilian population and territorial integrity without invading and occupying Gaza.

Then, over the summer, we witnessed the ignominious withdrawal of the U.S. military from Afghanistan and the return of Taliban rule. For anyone with living memories of Al-Qaeda’s terrorist atrocities of 20 years ago, the realization that their Taliban backers hadn’t moderated one jot in the intervening period didn’t come as a shock, but it was brutal nonetheless. In the weeks that followed the Taliban reconquest, global outrage at their brazen abuses of human rights was so pronounced that it briefly diverted our attention from the ongoing COVID-19 pandemic. But empathy for those outside our borders only lasts so long.

In his new documentary “The Will to See,” the French philosopher Bernard-Henri Lévy observes that the pandemic has made the human race more insular and parochial. That is sobering news for those, like Lévy himself, who treasure the idea of solidarity across borders in the service of opening up closed societies and securing freedom for those weighed down by tyrants. It is also sobering for those who believe—or want to believe—that history is a march towards a better, more just world.

At the same time, other developments indicate profound changes to come in how we live our lives. The growing adoption of cryptocurrencies like bitcoin and ethereum was the big economic story of 2021, in part because of the now legendary volatility of these assets but also because the blockchain technology underlying them has revolutionized the way in which financial transactions are verified. Their deeper significance will become clearer as the Internet evolves into its next iteration—an environment where the users’ experience is enclosed within a virtual universe of private homes, online shopping malls, gaming centers and similar offerings with commercial potential. This new economy is already being driven by cryptocurrencies. It will grow because as a society we are going to be spending increasing portions of our time living online.

I have no doubt that even in this brave new world, there will be ample room to grapple with the problems that rear their heads once more. Another war in Gaza 10 years from now will doubtless replay the tired and bitter justifications for the continued rejection of Israel’s presence by the Islamists and their allies, but its media and messaging dimension will be fought on different and likely much more dangerous terrain in what’s currently called the metaverse.

That is why I want to end these reflections with a recommendation. We cannot prevent the cycles of history from returning to batter us with the same discredited tropes, but we can prepare ourselves more astutely. Jewish organizations and institutions need to focus their intellectual resources on understanding how the next stage of the Internet—a parallel world we inhabit rather like the physical one—will impact us as a people.

On an immediate level, that means anticipating as best possible how anti-Semitism, which has continued to plague social-media platforms this year, will manifest in a three-dimensional virtual space. It also means grabbing with both hands the longer-term opportunities that this environment will offer—from raising funds to conducting educational outreach to reaching entirely new audiences.

During the past year, we were afforded the clearest sense yet of what this digital future holds, which is the most positive thing I can say about 2021. Some people will question whether that future is desirable to begin with, while others will fret that the virtual universe will make us more selfish, more insular, more impulsive and less intelligent than we are now. Over the next decade, we are sure to find out. 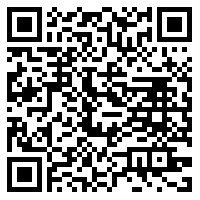