A few weeks ago, in an early morning action, Israeli police arrested 22 haredi men for the alleged sexual abuse of minors and adult women. These men came from four cities in Israel and, until their arrest, had allegedly been investigated, tried, and treated within their own communities – not by proper governmental authorities.

This internal communal method, where a local rabbi or bet din determines how to best handle specific abusers and control sexual offenders, has been an open secret for years. And while community members may have thought the process worked, I can assure you it never really did.


I learned several years ago that in at least one haredi community, sexual predators who were caught by local “modesty squads” had to submit to an ongoing course of chemical castration if they wanted to remain in their neighborhoods.

While I might privately agree that castration, chemical or otherwise, may seem deserved (albeit barbaric), this approach, in which vigilante-style justice is meted out, creates a series of problems for the larger society.

Primarily, there is no real mechanism that ensures any follow-up by the abuser beyond his desire to remain in the community. If he chooses to leave his original neighborhood and move elsewhere, there is no enforcement. In fact, it gives the molester the opportunity for a new start in a different setting where he is free to abuse again – and as we have seen repeatedly, he most likely will.

There are also issues related to the use of proper investigative techniques that are, quite frankly, foreign to local tribunals. In the field of sexual abuse, investigators are trained, for example, to differentiate between predators who are likely to abuse as many as they possibly can and “desisters,” those who may have been involved in an act of abuse early in their lives but do not fit the criteria for being an ongoing threat or repeat molester.

Proper investigation also involves knowing how to conduct a professional interview with the person traumatized by abuse. This applies not only to children but adults as well. There are several stages an investigator will follow when conducting the interview in order to allow the victim to feel sufficiently comfortable and best able to tell what happened. Emotional support is provided and any hint of coercion is removed.

Additionally, there are protocols for treatment of abusers, not simply for punitive purposes but also to establish where they may work, pray, socialize, and attend leisure activities at various stages in the process of their rehabilitation. Some are considered good candidates for assimilation back into their communities; others are not.

While the standards may not be rigidly enforced in general courts for a variety of reasons, when a private local communal group organizes an intervention it has virtually no police or oversight powers beyond a vague threat of exposing the abuser, whom the community already likely knows, or expelling him from its midst.

This lack of consistency and enforcement only serves to allow predatory abusers to work the system to their advantage.

The haredi world has, in the past few years, become aware of and open to the fact that sexual abuse exists even in their communities. It was not that long ago that I was told there was no such thing as sexual abuse in the Orthodox Jewish world. Since then I have been invited many times to speak at several important functions, in several countries, designed to address the curse of this form of abuse.

This is not to say that everyone is willing to accept the data and the best responses available. But we have come quite a distance from the days when I was accused of “making it all up.”

From my perspective, the police roundup of those 22 men is actually a blessing to the four communities in which they reside, the Orthodox community as a whole, and the Jewish world in general.

If the men are properly investigated and convicted, and the courts are allowed to follow protocols for jail and treatment, the communities these men come from will benefit in a manner that would not have been possible had local tribunals handled the incidents.

The proper pursuit of justice will bring a sense of closure and enhanced safety to the communities. The abusers will get what they legally deserve – and won’t be able to move to other neighborhoods to continue their abuse. 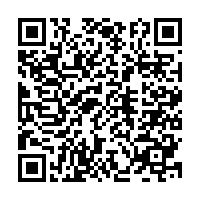