The New Policy PAC and J Street are not the only questionable associates of Donna Edwards. According to the Congressional Staff directory, former UMD Students for Justice in Palestine President and Founder Sana Javed was a paid intern for Donna Edwards. From January 2009 till July 2009, Javed worked for Donna Edwards while simultaneously hosting anti-semitic events on the UMD campus and forming the UMD Students for Justice in Palestine.

During the same period of time Javed worked for Donna Edwards, she hosted Mauri Salaakhan, who denies the Darfur genocide yet also believes that Israel does not have a right to exist; and Alison Weirs, who supports Palestinian terror groups waging attacks against Jewish civilians and referred to Judaism as a “ruthless and supremacist faith” in the Greenwich Citizen. While working for Donna Edwards, she hosted lectures comparing the Palestinian experience during the 1948 Israeli War of Independence to the Holocaust and claiming Jews control the media.


And evidently, Javed’s connection with Donna Edwards paid off. Based on her CV, prior to her work experience with Donna Edwards, she had nothing on her CV that would make her stand out. She merely worked as an administrative aid for the NASA Goddard Space Flight Center and was an undergraduate student that contributed articles to the Muslim Link newspaper, who was so busy with anti-Israel activism that her grades were not high enough to go onto grad school. After the experience working with Donna Edwards, this campus radical was able to build a career despite her poor academic record. From Donna Edwards’s office, she got an internship for Amnesty International and then upon graduation, worked as a labor organizer for UNITE HERE and a communications associate for the ACLU. She is now working as a senior digital communications specialist for the SEIU, a labor union associated with US President Barack Obama.

People like Sana Javed and Sama Adnan are the types that are supporting Donna Edwards to be a US Senator. However, what these types of people appear to forget that while it might be tenable for Donna Edwards to maintain such positions and associates while representing a district that is only 15 percent Jewish, the situation is quite different to be Senator in the State of Maryland. Maryland has one of the highest proportions of Jewish voters in the nation. Jewish voters disproportionately tend to contribute money to political campaigns and turn out to vote compared to their relative numbers. Additionally, Maryland has both Montgomery County and Baltimore, two heavily Jewish populated areas. In fact, one neighborhood in Rockville, Maryland is so heavily Jewish that it is nicknamed the Kibbutz and Montgomery County has so many Jews that public schools are closed for both Rosh Ha-Shana and Yom Kippur. Without the support of Montgomery County and Baltimore, it will be very hard to be elected to the US Senate.

Therefore, as someone who spent 20 out of the 29 years of my life living in the wonderful State of Maryland, I call upon all Maryland residents, whether they presently live there or have relocated to Israel and thus vote absentee like me, to go out and do everything to see that Donna Edwards is defeated. Go out and campaign for Chris Van Hollen! Go out and help the Republicans if Van Hollen is defeated in the primaries! Make sure the Republicans try and pick a moderate minority woman with good pro-Israel credentials so that Edwards won’t win merely as a statement of affirmative action and/or because her opponent was too conservative to win in a blue state! Don’t let Mikulski’s replacement be anti-Israel! Let the next Maryland Senator be anyone but Donna Edwards! 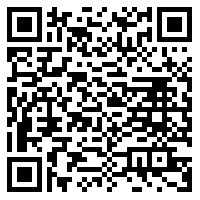