A report that is being prepared by the European Union (EU) calls for tougher sanctions against Israel over the Jewish state’s continued construction in eastern Jerusalem, which the EU said is threatening the “viability of the two-state solution.”

The report, which has yet to be released, states that a “vicious cycle of violence” in Jerusalem last year “occurred against the background of the systematic increase in settlement activity, tensions over the Haram al-Sharif (Temple Mount), and rising levels of tensions and acts of violence on both sides.”


“The expansion of settlements has continued, including in highly sensitive areas… and [has] been followed in force by waves of demolitions and evictions,” the report says, The Guardian reported.

Additionally, the report recommends new restrictions against “known violent settlers,” steps to inform EU consumers about products from Jewish communities in Judea and Samaria, and “efforts to raise awareness” among European businesses about the risks of working with those Jewish communities.

According to The Guardian, the report reflects a “strong desire” by European governments for additional sanctions against Israel for “continued settlement building.”

An Israeli government spokesman on Friday said the report “is so extremely one-sided a report that it distorts reality beyond comprehension.” 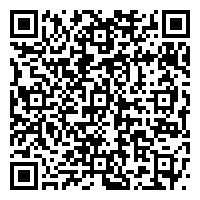