B’Tselem – who has received $2,202,381 over the last 10 years from the American Jewish non-profit organization The New Israel Fund recently published a document providing data on casualties since Operation Cast Lead (2008-2009).

This document also includes a survey of Palestinians killed by Israeli citizens in the West Bank during that period. The document indicates that the vast majority of casualties were terrorists killed by either security forces or armed civilians, either after or during stabbing attacks on soldiers or on innocent Israeli citizens.


The B’Tselem organization chose to merely describe the circumstances in which Palestinians were shot, while refraining from noting that these were in fact terrorist attacks. Rather, B’Tselem vilifies the very persons who took action against terror.

· Muhammad Zaharan Abd El-Halim Zaharan: Age 22, inhabitant of A-Dik village in the Salfit district, was killed on December 24, 2015 in Ariel, in the Nablus District, shot by live bullets. Additional details: Was shot to death by a female security guard in the industrial zone, after he had stabbed her and an additional security guard.

· Fadi Muhamad, Mahmud Hsiv: Age 30, inhabitant of Ramallah, was killed on November 27, 2015 in the vicinity of Kefar Adumim shot by live bullets by an Israeli citizen. According to the police announcement, he was shot after running over two persons who were waiting at a hitchhiking stop, wounding them slightly, then emerged from his car and ran towards them with a knife in his hand.

· Shadi Mahmud Khsiv: Age 31, inhabitant of Ramallah, was killed on November 22, 2015 in the vicinity of Kefar Adumim shot by live bullets. Additional details: was shot to death by an Israeli citizen. According to the announcement of the police spokesperson, he was shot after attempting to run over people waiting at a hitchhiking stop, then emerged from his car and stabbed and wounded one of them slightly.

· Muhammad Abed Mussah Nimmer – Age 37, inhabitant of Al-Isawiyah in Jerusalem was killed on November 10, 2015 in shot by live bullets. He was shot to death by a security guard of the Jerusalem Light Rail when he attempted to stab him.

· Fadel Muhamad Awad El-Kawasami: Age 18, inhabitant of Hebron, was killed on October 17, 2015 in Hebron, shot by live bullets. Additional details: Was shot to death by an Israeli citizen. According to the announcement of the IDF spokesperson, he was shot while attempting to stab him.

B’Tselem chooses to condemn those who stopped terrorists from harming more innocent people. According to the organization: “… dozens of events occurred since October 2015, in which Palestinians who attacked, attempted to attack, or were suspected of attacking members of the security forces or Israeli citizens, were shot to death. This occurred even when they could have been stopped without lethal fire. In some cases, these were in fact executions, since it was clear that these people no longer constituted a threat…”

It seems that it was not by chance that B’Tselem chose to allocate a separate data document for the Palestinian dead in the “West Bank.” When one examines the explanations provided for the casualty data presented in the document, it becomes evident that the organization is of the opinion that there is a difference between terrorism that takes places in the West Bank, and terrorism in other areas: “In May 2012, B’Tselem decided to stop addressing the issue of participation in combat with regard to Palestinians killed in the West Bank. As far back as 2000, B’Tselem objected to a sweeping categorization of events taking places in the territories as ‘armed combat’. Also, while certain complex events that may have met the definition of ‘combat events’ did take place in the West Bank in the past, in recent years the number of these events is negligible. For this reason, B’Tselem has decided that in regard to all Palestinians killed since Operation Cast Lead, no reference will be made to the question of ‘participation in combat’ and only a short factual description of the circumstances of the death will be provided instead.”

In fact, as far as B’Tselem is concerned, it does not matter that the Palestinian casualties were killed because of their involvement in terrorism, so long as the terrorist activity took place in what they define as the ‘West Bank’. According to B’Tselem, a terrorist attack in the West Bank is not considered a combat event.

Instead of condemning terrorists who were shot or wounded in the course of their terrorist activities, B’Tselem attacks the citizens and security forces who foiled these attempts.  And all the while, American Jews continue funding the New Israel Fund’s work which includes organizations like B’Tselem who harm Israel. 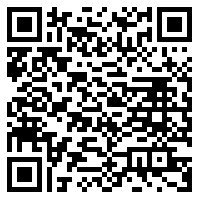