In one year, Donald Trump has done more for the State of Israel and for resolving the Middle East conflict than Barak Obama or any previous president for that matter, had done in the past 50 years.


When Obama left office after eight years as President of the United States, the Jewish People in the State of Israel were at their most powerful, secure and prosperous position ever. This was, without a doubt, a direct consequence of his presidency. It was not his intention though. By no means at all.

Obama sought to change the paradigm in the Middle East. He had respect for Islam and was concerned with appeasing Arab grievances. His famous speech in Cairo on June 4, 2009 offered a new beginning with Muslims around the world, based upon mutual interest and mutual respect. More importantly, upon shared common principles — principles of justice and progress; tolerance and the dignity of all human beings.

When the Arab Spring broke out, whether or not as a result of Obama’s policies, it brought new issues to the fore. Issues that Obama had little interest in, including how to build support for fledgling democratic transitions. His policy instead was to reshape and redesign the balance of power and the political equation in the Middle East. He abandoned long time American friends and betrayed steadfast allies while strengthening extremists and the extreme branch of Islam and sought to marginalize Israel. By empowering a corrupt and lethal Shi’a theocracy in Iran, he meddled in a 1400 year war that has been going on in the Islamic world, and literally stirred the hornet’s nest.

This proved to be a mistake of, well… biblical proportions.

The catastrophic failure of Obama’s foreign policy and colossal misunderstanding of the Arab world, combined with the sheer arrogance of his progressive ideology, proved detrimental to the stability of Arab regimes throughout the Middle East. This failure cost the lives of hundreds of thousands of innocent civilians in Tunisia, Algeria, Libya, Egypt, Yemen, Iraq, Iran and most of all, Syria of course.

The terrible misery that was created led to the mass migration of Arabs from these collapsing countries and the swamping of Europe. Instead of inducing “Hope” he sowed agony and despair.

Whereas Obama pandered to Muslim tyrants, the animosity he felt towards the elected leader of Israel was no secret. Members of his administration flaunted it. The Iranian deal was the biggest example but the final act was the UN Security Council vote on settlements at the twilight of his term, which he hoped would weaken Israel’s position in any future peace talks.

As with the biblical story of King Balak, who sought to curse the Jewish People, the result of all this was a blessing for Israel.

Strategically, Israel shone as a bastion of stability. It no longer faced an existential military threat from its weakened neighbors; Politically, ties between the Egyptian regime and Israel grew stronger; Other Sunni countries, especially Saudi Arabia, understood that Israel is not the enemy. To some degree it is even considered an ally; For many Syrians, Kurds, Iraqis and even Afghans, Israel became a source of hope and aid; Territorial concessions on the Golan are no longer considered an option and the emergence of Isis solidified Israel’s need for territorial depth.

We were no closer to ending the conflict though. The Russians took advantage of the American weakness to move in and meddle, yet their concentration is on their own interests. The Arabs, empowered by European and UN support, made the most of the American weakness displayed by Obama to dictate conditions to Israel, despite their obvious disadvantages. And why would they do anything else? Their intransigence and violations of the Oslo agreement had gone on for a quarter of a century with no consequences on their part.

Those were the circumstances a year ago when Trump came into office. In 12 months he has turned things in the Middle East upside down, to the condemnation of so called experts, the appall of liberals and the dire warnings of the “all-knowing” media. The very people who refused to see that the years of appeasing Islam and excusing Arab behavior have failed to produce the harmonious future they envision.

The amazing thing in all of this is that all Trump did was add the element of common sense to the equation: You support and empower allies and those who share your principles, you punish those who violate trust, defy agreements and peddle in violence. He honored historical facts and brushed aside PC-induced “narratives”.  He has gone back to the basics.

His support for Israel is simple and pure – we share common values, we are allies, we assist each other – we are on the same team. He ignores the poisonous “international-interests” related policy of the State Department. That which all other presidents, including those considered “Israel-friendly”, were inflicted with and which has never once produced the benefits for the US interest they promised. The United States not only always got stuck with the bill, it also received the disdain of the international community to boot.

Trump has stayed true to himself and what he knows works in the business world – When you are the biggest and richest and everyone needs you – you don’t have to worry about the interests of others, they will all accommodate you. They need your business. Thus he received warm welcomes in Russia and China and even Arab countries, who have tired with the PLO incessant victimhood and the price they have paid for its perpetuation. As a traditional and patriarchal society, this is the language the Arab world understands. No one in their right mind believes a corrupt PLO and especially a murderous Hamas should be allowed to establish another dysfunctional Muslim state.

The recognition of Jerusalem as the capital of the State of Israel has not brought down the sky as the detractors feared. The only real damage has come from the outrage of the European Union and the childish tantrum of the PLO chairman who has understood that the game is up. Otherwise, it is was met with relative calm in Arab cities in Judea and Samaria and a shrug among Arab countries.

For the first time in 25 years, there is a real chance to resolve the conflict by dealing with it in a realistic way and not the wishful thinking and patronizing doctrines of the liberal west, that have failed for so long. The only ones opposed to the possibility are Iran and Turkey and the EU.  All of whom have an interest in the conflict continuing.

Trump may very well pull off the impossible in the Middle East, to the disbelief of the political experts. He seems to make a habit out of doing that. 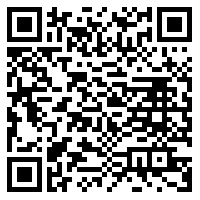