As the Jews were about to leave the desert to enter the Promised Land, Moses told them (Deut. 29. 1-8), “You have seen everything that God did before your eyes in the land of Egypt, to Pharaoh and all the slaves and to all his land…. But God did not give you a heart to know, or eyes to see, or ears to hear, until this day. I lead you forty years in the wilderness … and you arrived at this place…”

The statement is difficult to understand. Moses, as he acknowledged, was speaking to people who had seen with their own eyes all the wonders and miracles – so how could he, in the same breath, say they did not “know,” “see,” or “hear”?


From this passage, our sages derive that “a person does not fully comprehend his teacher’s mind until he is forty years” (Avodah Zara 5b). This is also why our sages tell us in Pirkei Avot (Chap. 5) that a person attains understanding only when he reaches forty years of age. Moses was telling the people they had not fully understood and appreciated what they had seen and experienced.

We just celebrated the 40th anniversary of the Six-Day War. The miracles God performed on our behalf during that war were of the same scope as those He performed for our ancestors when they left Egypt.

In 1967, I was a young man studying in a yeshiva in Israel. I remember that period vividly. Israelis and Jews around the world feared an unspeakable catastrophe. The Israel Defense Forces were outmanned almost three-to-one by the combined armies of their most likely opponents. The united Arab forces also had a decided edge in tanks and combat aircraft

The three-week period immediately preceding the war was one of dread for Israelis. So dark was the outlook that the nation’s cemeteries and national parks were slated to become cemeteries for the many expected fatalities.

Of course, the prophets of gloom were silenced as Israel captured enormous hunks of territory from Egypt, Jordan and Syria. Jews returned to sites their ancestors had called home for thousands of years. The casualties and losses were painful, but minimal in comparison to what had been projected.

An incredible sense of pride and spiritual awakening gripped the Jewish people. Conversely, the miraculous victory left Israel’s enemies licking the dust. The situation brought to life the verses of the daily prayer Az Yashir, concerning the effect on the surrounding nations of the Exodus and the splitting of the sea: “Then the chieftains of Edom were confounded, trembling gripped the powers of Moab, all the dwellers of Canaan dissolved.”

The dread that Jews felt before the war was now felt many times over by the very Arabs who just days earlier had been dancing in the streets and proclaiming their thirst for Jewish blood.

The Arabs in 1967 weren’t thinking of getting back even one inch of land. All they were concerned about in the wake of the fearsome Israeli juggernaut was whether Israel would slaughter each and every one of them – as the Arabs had every intention of doing to Jews had the outcome been reversed.

But as happened in biblical times, when, having witnessed open miracles time and again, Jews were still capable of creating a golden calf, so after the great miracles of 1967 did Jews once again build a golden calf – this one called “land for peace.”

Experiencing miracles is not enough. One must internalize the miracles one sees. Too many Jews refuse to acknowledge it was the God of Israel who returned us to our national birthplace – to Judea and Samaria and Jerusalem. When God gives you a gift, you don’t kick it back to Him saying you don’t want it.

Forty years after the earthshaking events of June 1967, more of us still need to see, hear and understand that fostering a policy of land for peace is not just an exercise in futility, it’s foolishly dangerous. It emboldens the terrorists and erodes Israel’s stance internally and externally. It turns every Israeli victory on the battlefield into defeat at the negotiating table

Forty years later, it’s time to change course and take the word “withdrawal” out of Israel’s lexicon. It’s a matter not of preserving land but of saving life. 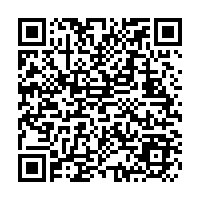