Just days after Yom Yerushalaim (Jerusalem Liberation Day) and Yom Hevron (Hebron Liberation Day), a ceremony marking the fourth year since the passing of Rabbi Moshe Levinger, and the 40th anniversary of the entry and resettlement of Beit Hadassah, inside Hebron proper, was held at Beit HaShalom, between Kiryat Arba and Hebron.


Others attending, included Rabbanit Miriam Levinger, and Daniella Weiss, former activist of Gush Emunim in the 1970’s, former mayor of Kedumim in Samaria, and currently the Secretary General of the Nachala Settlement Movement. So too, former mayor of Kiryat Arba, Malachi Levinger (Rav Levinger’s son), and current mayor, Eliyahu Liebman, were there. His father, Rabbi Menachem Liebman, was among the founders of Kiryat Arba.

For those who don’t know, Rabbi Levinger (student of Rav Tzvi Yehuda Kook), was the founding father of the Jewish resettlement of Hebron after the 1967 Six Day War, and a leader of the Gush Emunim settlement movement of the 1970s and 1980s.

In the spring of 1968, he put an advertisement in an Israeli newspaper, for a Passover Seder in Hebron, at an Arab owned hotel that he had rented out. Refusing to leave after Passover, he and his group negotiated with the IDF and the government, first moving to the Military Headquarters building (the Memshal), and eventually getting the Israeli government to agree to develop an empty hilltop, what became Kiryat Arba, where about 7,500 Jews live today.

Eleven years later, in the spring of 1979, his wife Miriam, along with several other women and children, entered the till then, abandoned Hadassah Hospital building. It had been unused since the infamous 1929 massacre on the Jewish community of Hebron, by Hebron’s Arabs. After which, the British authorities expelled the surviving Jews from Hebron “for their own good.”

After a protracted struggle with the Israeli government to get the women out, the government agreed to the development of Jewish resettlement within the city of Hebron itself. Which has led to nearly a thousand Jews living in Hebron today.

Wikipedia inaccurately states in its entry for ‘Rabbi Moshe Levinger,’ “In April 1979, Levinger’s wife, Miriam, and Sarah Nachshon [wife of painter Baruch], led a march to the center of Al-Shuhada Street in Hebron, and occupied the Al-Dabboia building, which had been a police station used during the Ottoman era.”

Yet, in its entry for ‘Beit Hadassah,’ Wikipedia states accurately, “Originally named Hesed L’Avraham clinic, Beit Hadassah was constructed in 1893 with donations of Jewish Baghdadi families and was the only modern medical facility in Hebron. In 1909, it was renamed after Hadassah Women’s Zionist Organization of America which took responsibility for the medical staff and provided free medical care to all [both Jews and Arabs].”

The building was always Jewish, not as “Palestinian” apologist Wikipedia states.

Rav Lior referred to Caleb, and his “different spirit,” the spirit of Hebron. He reminded the audience of how Caleb spoke up against the other spies, and said, “let’s go up and conquer it, for we surely can” (Numbers 13:30).

Rav Lior also spoke about the spiritual Gevurah (strength) of the women in camping out in Beit Hadassah under difficult conditions, and compared them to the daughters of Zelophehad in the Torah, who fought for their rights in the land. Seeing that Eretz Yisrael (the Land of Israel) was going to be divided by tribe, and there was no son from their father, they demanded from Moshe, that they should inherit their father’s portion. Moshe not knowing what to do, asked God, who answered that they are right and should have a portion in the land (Numbers 27:1-11).

One story Rav Waldman told, was about former president George H.W. Bush, who spoke about his New World Order. Bush, Rav Waldman said, thought he could take parts of the Land of Israel away from us, through his “peace process” ideas and New World Order in the Middle East. But Bush forgot, who already had made a “New World Order,” the God of Israel, through His redemptive process of bringing the Jewish people back to Eretz Yisrael, and in particular, after 1967, returning the Jewish nation to Judea and Samaria.

Deputy Foreign Minister Tzippi Hotovely, praised Miriam Levinger, Sarah Nachshon, and the other righteous women, for setting an example to her generation of women, fighting for the Jewish people’s right to Eretz Yisrael today. She said she hoped that this government of Israel (after the elections) would apply Sovereignty to Judea and Samaria, and that all future governments of Israel would put to rest, the idea of dividing the land, and giving away part of it to others.

There were also tours of the Beit HaShalom building, and a model apartment to see. The building is in its final stages of renovation, seventeen apartments are still available for purchase in it.

It was an emotional night, reminding us all, what resettling the land means, as the ceremony came to a close, “V’Shavu Banim L’Gvulam,” (and Your children will return to their borders – Jeremiah 31:17), played in the background. 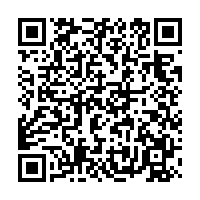