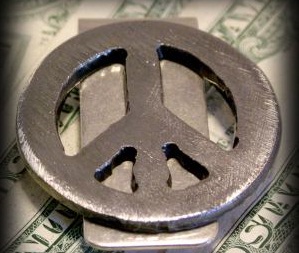 A $50 billion “Peace to Prosperity” economic development plan won’t buy peace from Palestinian Arabs indoctrinated since birth to hate and murder Jews. The Arab-Islamic war to extinguish Jews and Israel’s existence is not based on economics.

To attain real peace, the first step must be overhauling the Palestinian Authority textbooks and broadcasts, the Hamas charter and its genocidal Koranic quotes, and the pervasive preaching and teaching hatred against Jews, Christians and Israel. If this does not occur, nothing else will bring peace. Instead, economic investments will increase the P.A.’s and Hamas’s ability to carry out their murderous goals.

The Marshall Plan began only after the Nazis and their ideology were completely defeated—not while the Nazis were still in power and killing Jews, gays and gypsies.

Decades of economic approaches failed. The United States gave $11 billion to Palestinian Arabs through the P.A., various programs and United Nations Relief and Works Agency (UNRWA). Yet the P.A. still pays terrorists $400 million of annual “pay to slay” payments to murder Jews and Americans; teaches schoolchildren to “martyr” themselves to kill Jews; and employs their media, public square-naming, television specials and government-controlled mosques to idolize terrorists and incite more terror.

The Arabs also turned down previous peace offers that offered them huge sums.

The plan’s envisioned educational investments ($1.895 billion), including for STEM (science, technical, engineering and mathematics) education; international scholarships ($400 million); and a new Palestinian university ($500 million) are also likely to backfire if the culture of hatred towards Jews and the West is not changed.

The $400 million of international scholarships and internships will also bring more anti-Israel agitators to U.S. and European college campuses and communities to torment Jewish students.

We shouldn’t invest $230 million in Palestinian-Arab arts and culture while such arts spew non-stop anti-Israel anti-Jewish propaganda and hatred. “National resistance poet” Mahmoud Darwish’s infamous poems helped incite the deadly intifadas, in which thousands of Israelis were maimed and murdered.

Will the $400 million to promote, repair, restore and upgrade “cultural, historical and religious sites” rebuild important Jewish and Christian sites that Palestinian-Arabs destroyed, including Joseph’s Tomb in Shechem, Samaria, and Gaza City’s Byzantine Church? If so, how will Jews and Christians safely visit them?

And $6.325 billion for road corridors, airports, railroads and other infrastructure in Hezbollah-dominated Lebanon would likely enhance Hezbollah’s military capabilities. No such investment should occur while Hezbollah has 150,000 missiles pointed at Israel.