Many parents came to pick up their children. For their own comfort, no doubt, the children did not yet know and would not understand.

But the world changed that day, at least for me.


For years I stayed up all night, with some tiny part of my soul believing if I was vigilant, if I was watching, it wouldn’t happen again. And staying awake, I read the news on the computer ceaselessly.

So I woke up. And I never went back.

I remain fixed in the place to which I was jolted by the attacks of 9/11. Almost all of my (now former) friends drifted lazily back to a place of comfort.

A few years later I was sitting in the backseat of a car, on the way to another bat mitzvah celebration, with friends. It was longer than a 15 minute drive, so as usual I had my stack of reading material.

I started to read out loud what I thought was a particularly important bit of information – at this point I was zeroing in mostly on what was happening to Israel. I was shocked by the idea that anti-Semitism still existed. I thought that pretty much ended after World War II.

“You know?” my friend interrupted, the man who was driving, inclining his head towards the back seat, where I was.

“The Jewish people have existed for 5,000 years. And they are going to exist for another 5,000 years,” he intoned.

It was not a kind thing to say. It pretty much created a rift that never healed over. But it illustrated, at least for me, the chasm that had been created.

I was forever on one side, the post-9/11 side, the post murder of Noam Apter side, the there-is-evil-in-the-world side, the side that believes the slogan “Never Again” is blasphemy in the mouths of those who will not be working, fighting, clawing, to stop it from happening again.

My former friends, political allies, the light-hearted, are on the other side.

And the chasm continues to grow. 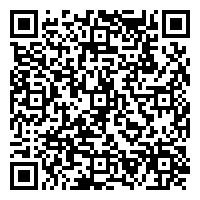