Home InDepth Op-Eds A Call for Boycott and Divestment
Share on Facebook
Tweet on Twitter
Photo Credit:
We thought you would be interested in the following document, uncovered by archeologists in Britain. It is a statement that was issued by the Union of British University Lecturers in the year 1938, and was endorsed by the civil servants union of Canada, by the Presbyterian Church, and by a host of progressive Jewish professors.
In the interests of history scholarship and accuracy, we reprint the document here in full:
A Call for Divestment in CzechoslovakiaFrom the Union of British University Lecturers February 12, 1938
Dear Learned Comrades:
The Union of British University Lecturers is calling upon lovers of justice and peace throughout the world to boycott all official institutions of Czechoslovakia and especially the Czechoslovak universities. While we have tried other forms of persuasion, the racist regime in Czechoslovakia continues to abuse the human rights of the country’s ethnic Germans, denying the Sudeten Germans their right to self-determination.
As was declared by our representatives to the recent goodwill conference held in Berlin, sent there to express out friendship and understanding for the Reich’s peace proposals, we must unambiguously denounce the racist apartheid regime that has long been operating in Czechoslovakia. The Czechoslovak colonialists are illegally occupying the lands of the Sudeten Germans. This occupation must end.
In recent months the Sudeten victims of Bohemian occupation have launched a protest movement, which we fully endorse. Regretfully, some the victims of occupation have also engaged in terrorist activities directed against the Czechoslovak apartheid regime. We believe that blame for this should not be assigned to the victims of racism, the Sudetens, and understand the desperation that underlies these Sudeten German operations. Indeed, we urge peace-loving states and churches around the world to join the authorities in Berlin in providing funding to the political groups now operating among the Sudetens and representing them.
Recently, the main political group speaking on behalf of the Sudetens has been the Sudeten-German Party (SdP), headed by Konrad Henlein. While some in the world are justifying the Czechoslovak decision not to conduct negotiations with the SdP because of its openly nazi orientation, we demand that Czechoslovakia open immediate talks with it. After all, the SdP enjoys the popular support of the bulk of the Sudeten population and refusal to conduct negotiations with it is anti-democratic.
And besides, who are the Czechs to dictate which party and leaders should represent the Sudeten people?
Oppressed people unfortunately often are forced into use of violence. And in this case, the Sudetens were victimized by Czechoslovak state terrorism and racism for well over a generation.
So what if Czechoslovakia has free and open elections, freedom of speech, and other manifestations of liberal democracy? We consider Czechoslovakia to be a phony democracy, with false freedoms existing only on paper, so long as the Sudeten Germans are second-class citizens. That is why we cooperate with the anti-apartheid groups and movements operating within the Third Reich, which are heralding the struggle against Czechoslovak oppression of Germans.
Sure, the Czechoslovak political leaders have offered to consider some forms of local autonomy for the Sudetens. But these offers are humiliating and amount to little more than the creation of German Bantustans for the Sudetens, who would continue to suffer from Czechoslovakian domination. Why should the Sudetens be denied complete self-determination and the control of their own state and army? Why are Sudetens any less entitled to statehood than Czechs and Slovakians? So what if the German Reich already controls most of Central Europe? That should not preclude the rights of the Sudetens to have their own state? Czechoslovakian universities must be boycotted because of their collaboration with the racist regime in Prague! The universities continue to discriminate against Germans by conducting their classes in Czech, and by refusing to allow swastika banners to be hoisted on campus. We have also received reports that there were attempts in one university to expel a pro-German professor, although those attempts failed. Another university conducts courses in a satellite campus located inside occupied Sudetenland!
Accordingly, we believe that researchers and scholars at Czechoslovakian universities need to be taught a firm lesson. This can only be accomplished using the same divestment tactics that were so successfully utilized in other struggles, such as against the Italian conquest of Ethiopia.
Part of the statement for divestment includes this: “Czechoslovakia continues to grab the lands of the Sudeten people for ever-expanding Bohemian settlements, building Czechoslovakian-only roadways, and the construction of a giant wall and fence that is confiscating a significant portion of the Sudetenland. 83% of the Sudetenland water has been taken for Czechoslovakian use, leaving Sudetens with desperate water shortages. Czechoslovakia has destroyed the homes of more than 28,000 Sudetens in four and a half years. Hundreds of thousands of ancient fir trees and vast tracts of agricultural land have also been destroyed.”
The Union of British University Lecturers has also voted for and hereby demands the divesting of funds from all companies that support the Czechoslovak occupation of the Sudeten Territories. Our resolution contains statements of action:
– That a committee be convened in the conference to create and maintain a list of companies that support in a significant way the Czechoslovak occupation of Sudeten territories. The list will be delivered to all university associations, conference churches and conference investment managers.
– We call upon Czechoslovakia, as well as the U.S. government, Britain, the government of Poland, and the newly-elected Sudeten leadership to respect all people and find solutions based on international law and human rights.
– We affirm the right of Sudeten Germans to freedom of movement in all lands, and believe that Prague should be declared an open city for people of all faiths and creeds.
Peace can yet be achieved! Boycott Czechoslovakia Now! http://upload.wikimedia.org/wikipedia/…/a/a5/Sudetenland.png
Advertisement 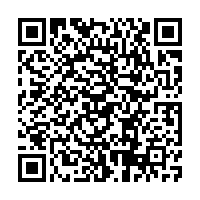