Should we bother the public about anti-Semitism or not? That’s the question Is this age-old plague deserving of attention in a stormy time like this, when we are wondering if the Israel Resilience Party is on the right or the left, or what the leader of the Gesher Party is thinking about doing?


In truth, it’s a bad time to talk about anti-Semitism. But as one who is an expert in international issues, I have to admit that not a day goes by when news sites don’t report an anti-Semitic incident, anywhere from Melbourne to Brooklyn. And we ignore it.

True, not every swastika sprayed on the window of a store owned by Jews is worthy of a headline. Luckily, acts of mass slaughter like the shooting at the Pittsburgh synagogue, are very rare. But the sheer number is starting to take on meaning. Not long ago, Malcolm Hoenlein, one of the leading figures in U.S. Jewry, discussed anti-Semitic incidents taking place at Columbia and New York universities, both of which are located in the biggest Jewish city in the world. The people who paint swastikas in America are found in far-off places, too, and headstones in Jewish cemeteries are being smashed. U.S. President Donald Trump called for the resignation of Congresswoman Ilhan Omar, one of the first two Muslim women to serve in the House of Representatives, after she made comments of an anti-Semitic nature.

And what about Europe? Figures published recently point to a 10 percent increase in the number of anti-Semitic incidents in Germany, and Chancellor Angela Merkel is worried. The same for France. Britain’s Labour Party is currently grappling with the issue of anti-Semitism in its ranks. “Are we doing everything we can to fight anti-Semitism in the party?” members are wondering, as Labour leader Jeremy Corbyn praises Hezbollah and Hamas. By the way, he has a good chance of succeeding Theresa May as prime minister.

The disturbing trend comes at a bad time for us: the period before an election. None of the party leaders have talked about plans to fight the disease that is affecting many Jewish communities. In the competition between security and defense matters and socio-economic issues, the fight against anti-Semitism has been lost. It isn’t a popular issue.

The prime ministers of Israel see themselves as leaders of the entire Jewish people and responsible for their well-being. But we still haven’t heard a cry that echoed around the world: “Go, gather all the Jews together!”

Not to“discuss anti-Semitism,” but rather to act like an IDF chief of staff: to implement plans to battle anti-Semitism. There are allies outside our own people who would enlist in the struggle. Maybe the fight is in our own backyard—if an important Holocaust researcher, Professor Yehuda Bauer, calls the government “anti-Semitic,” to whom can we turn?

We can only hope that when the election winds die down, the next government will declare war on the sickness of anti-Semitism. Because right now no one is stopping it, but people are being hurt and more people will be hurt in the future.

(Yaakov Ahimeir is a senior Israeli journalist, and a television and radio personality) 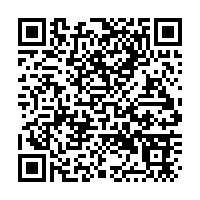