Looking back at it now, we both shudder and marvel at the gymnastics that were employed to maintain Israel’s Naftali Bennett-led coalition. We wonder at the array of parties, and note the disparity between the will of the people and the government that they got.

Above all, we truly appreciate the genius of turning one’s greatest weakness into its overriding strength. This weakness was the razor-thin margin of control enjoyed by the government, featuring the first-ever participation of an Arab party, Ra’am.

We stare with amazement at the specter of a coalition whose strongest binding tie was the across-the-board hatred of former Prime Minister Benjamin Netanyahu, who himself and his party, Likud—though heading the opposition—still command by far the largest plurality of popular support in the country.

It was this bogeyman image of the dethroned “Bibi” that encouraged, indeed forced, the coalition to stay together. After all, anything was worth the price of keeping him from returning to power, even if it meant cashing in one’s supposedly sacrosanct principles.

We will cringe as we review the steady stream of steps taken to denigrate Israel’s Zionist heritage, all in the name of keeping the coalition gel in place. Our flag and anthem both were deemed provocative. So was Judaism’s holiest site, the Temple Mount.

And then, even our land became an embarrassment, an impediment to the rights of others. How could we presume to exercise sovereign control when Bedouins insisted that anywhere they had ever trod was, in fact, their land?

How did we dare to start planting trees—trees! Trees were the symbol of our return to the land of Israel. There was a time when it seemed that every Jewish home around the world had a blue-and-white metal box, a pushke, in which to collect coins to fund the planting of trees in Israel. Israel was one of two countries in the world that had more trees planted in it at the end of the 20th century than at its beginning.

And yet, in the amazing gymnastics of this exquisitely tenuous coalition, there was no room for tree-planting. It was an incursion, an insult. Again, too provocative.

We will note that there was something of a chicken-or-egg question as to what it was that sought to strip Israel of many of its glorious Zionist traits. Was it the Ra’am Party’s insistence on elevating Arab concerns, often in ways that would denigrate Zionist or even Jewish ones?

Or was it the center- and far-left component of the coalition that was all too happy to de-Judaize the Jewish state, turning a blind eye (or worse, rooting with one eye open) to the implications of Arab demands—demands that would usher in a transition of Israel into a state of all its citizens?

Thankfully, we will also note that the story, as we look back at it, had a happy ending. There was the combination of popular outrage and lingering loyalty of principle by a few members of the coalition who ultimately reared their heads to say, “enough.”

There were just enough lawmakers who looked with growing disgust at the gyrations that the government was willing to engineer, the self-denigration of what we had fought so hard to create—the physical, spiritual and emotional manifestations of what it meant to be the first and only Jewish state in the past two millennia. All of these were being chipped away at.

And for what? So that a record number of people could boast ministerial titles and chauffeured vehicles?

Happily, there were enough residual Zionist stirrings among alienated members of the government to prompt principle to rise over party. When proposals/demands started to circulate that the nakba (Arabic for the “catastrophe” of Israel’s establishment in 1948) become a state-sanctioned holiday, they proved to be the government’s undoing.

Despite not knowing the fate of a new government, there was enough revulsion to prefer the fear of the unknown to the devil of the path that was being pursued.

Like the experience of Mizrahi Jews living under Arab humiliation and Russian Jews living under the specter of communism, a great many Israelis emerged from this brush with dismantling Zionism with a renewed appreciation of the importance  and the potential fragility of the Zionist enterprise.

There was a revival of Zionist fervor, but interestingly not at the expense of the rights of Arab citizens. Quite the contrary. There was a greater desire to help integrate Arabs, but to do so within the framework of a Jewish state.

A great many Arabs understood that Jews were willing to give them a seat at the table, as it were, but not to abandon principles or faith in order to do so.

The result was a win-win for all concerned, and the Zionist enterprise emerged stronger than ever. But, whew, it was a close call. 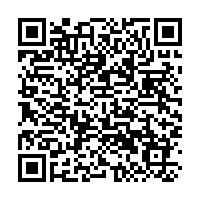