On the 14th of Sivan (June 1) we marked my father’s fifteenth yahrzeit.

Zechariah Schwarzberg was a man who experienced the worst humanity had to offer and responded with the best the human spirit could muster.

The only member of his large family not to have been murdered by the Nazis, he survived the Warsaw Ghetto uprising only to be imprisoned in Maidenak, Skarzysko, and Buchenwald.

After the war he served as a cantor in Switzerland, France, and Italy before coming to the United States in 1954.

From the furnace that was Europe he built a shining life in America. Within a few years of his arrival he had learned a new language, become a husband and father, embarked on a career in real estate, and established himself as a familiar and respected presence in the Orthodox communities of Essex and Union counties in New Jersey.

He epitomized the term Family Man. Robbed so cruelly and at such a tender age of everyone he held dear – parents, siblings, grandparents, aunts, uncles, cousins – he doted on his wife and two children, concentrating exclusively on their needs, their comfort, their well-being.

He would rearrange his business appointments at a moment’s notice to accommodate the schedules – and often the whims – of family members. Rarely did anyone in the family have to walk to a store or wait for a bus or a train; he insisted on driving everyone himself – otherwise, he said, he would worry.

The family lived just a few blocks from the local day school, but when his children were younger he took time off from work to drive them to school every morning and back home every afternoon.

Though he was intimately acquainted with mankind’s darkest side, he never lost his faith in God or his love for other people. In his daily life and in his business dealings he refused to distinguish between Orthodox and non-Orthodox Jew or, for that matter, between Jew and non-Jew.

Always he had a good word to all and about all. He was incapable of believing the worst about anyone, even when he had reason to suspect it might be true.

Scrupulously honest, he never hesitated to dissuade clients from deals he felt would not be beneficial to them – even when doing so meant a financial loss for him.

The pursuit of money as the focus of one’s life was a concept foreign to his very nature. His favorite aphorism was the verse from Pirkei Avot by which he lived every day of his life: Eizeh hu ashir? Hasameach b’chelko – Who is rich? One who is happy with his portion.

He never saw a conflict between love of Judaism and love of the state of Israel, and had little patience with Orthodox Jews who did. He knew all too well what happens to helpless Jews.

The delight he took in young Jewish soldiers defending a strong Jewish state was deeply felt, as was his gratitude for having been privileged to witness the birth of the first sovereign Jewish commonwealth in two millennia.

When Israel stunned the world in 1967 with its lightning victory in the Six-Day War, my father – just 22 years removed from the concentration camps – was glued to the radio and the television, following the news as though he himself were riding in a tank or toting an Uzi.

And in a sense he was. This, he told his very young son, was God’s answer to a world that mockingly asked why He had abandoned His people. This was His response to Jews whose faith had vanished in the smoke of Auschwitz. From the ashes of the worst catastrophe in Jewish history, a people who for endless centuries had been scattered and scorned and slain, homeless and powerless and friendless, now strode the land of their patrimony as battle-tested warriors, blowing the ram’s horn and raising the Star of David at their holiest places.

When Israeli commandos staged the electrifying Entebbe rescue in 1976, my father reacted with unrestrained emotion.

“Never in my wildest dreams,” he said, “when the Poles and the Ukrainians and the Lithuanians and the Germans were spitting and cursing at us, beating us and killing us, could I have imagined that one day – in my lifetime – the world would watch with awe as Jewish soldiers and Jewish pilots flew 2,500 miles, undetected, to rescue Jewish citizens of a Jewish state.”

When in February 1986 Prisoner of Zion Natan Sharansky, who at long last had been permitted to leave the Soviet Union, was greeted upon his arrival at Ben Gurion Airport by the Israeli prime minister, foreign minister, and a host of assorted rabbis and other dignitaries, my father phoned me to say he was watching the ceremony on the news.

“Can you understand,” he asked, his voice breaking, “what Israel means for the Jewish people? Imagine if there had been a country my father and my mother and the rest of the six million could have escaped to and where they would have been welcomed with such open arms.”

The highest compliment my father could pay someone was to say he was tzu Gott und tzu leit (to God and to people) – meaning he conducted himself properly in matters both spiritual and temporal. Which is precisely how anyone who knew him – anyone who experienced, even fleetingly, his kindness, generosity, and good nature – would describe Zechariah Schwarzberg.

His values and legacy live on in his wife, his two children, and his five grandchildren – the youngest of whom never knew him but proudly and lovingly carries his name. 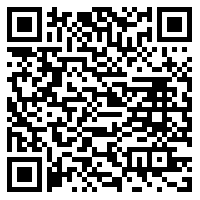