“Come Together,” the global theme of last week’s AIPAC Conference in Washington, inspired a passionate feeling of togetherness that was unexpected at the outset.

The imperative of unity in support of Israel was on constant display throughout the conference. From small buttons on lanyards to oversized video displays dubbed Together Cams that dominated the stage at the Verizon Center, the message was clear: politics aside, we were all there, regardless of party affiliation, to support an unbreakable bond between the United States and Israel.

As an AIPAC first-timer, I was free of the baggage of experience and therefore could bounce from one event to another unburdened with any preconceived notions or expectations.

I realized early on just how powerful the media are in terms of manipulating expectations. Let me give you an example. Before Donald Trump spoke, the buzz for days had centered on the likelihood of protests and walkouts greeting his appearance.

My wife in Los Angeles reminded me by phone (yes, we actually talk on the phone) to protect our 17-year-old daughter from protesters who might get violent. But true to AIPAC fashion, all I experienced was the pleasing aroma of respect and reverence that permeates the air when we remember the true calling of derech eretz.

This notion of doing things for the good of the community was a common thread in many of the short videos shown between speaking events. To cite just two examples: the efforts of IsraAID to be first on the scene in disaster efforts around the world, and the work of Roim Rachok, designed to integrate those with special needs, such as autism or other learning disabilities, into the Israeli army.

The stories of so many heroes acting on behalf of the Jewish people brought tears to one’s eyes.

An unprecedented number of synagogue groups and AIPAC attendees from all 50 states came together just to have lunch. This group was introduced to Natan Sharansky, who immediately won the audience over with a joke about how he could have spent ten more minutes with them were it not for the very unnecessary and lengthy introduction he’d been given.

Our synagogue (Bnai David Judea) joined with other Los Angeles-area synagogues representing a wide spectrum of Orthodoxy for a private briefing with former ambassador Michael Oren. As much as we enjoyed his compelling and revealing anecdotes, what I found most compelling was that such a wide variety of attendees, from so many different shuls, felt more of a bond with each other than we do back home, where we all live within roughly one square mile. To experience such togetherness, under one roof for one purpose, made the 3,000-mile trip worthwhile.

If you came to the AIPAC conference looking for conflict, you walked away empty-handed. The vibe was all about finding ways to bring people together in support of Israel. This was not some superficial love fest replete with empty gestures. There were displays of real solidarity and a palpable effort to deliver a unifying and empowering message that what’s good for Israel and America is good for the world.

I met a group of Christians from Oklahoma, each of whom has visited Israel several times. We all reminisced about how powerful the feeling was to walk the streets of Jerusalem and other biblical cities. Sometimes a shared history is all it takes to bring people together.

One of my takeaways from the conference was the positive energy that comes from looking for ways to connect rather than expending energy on finding ways to stand apart and be divisive. I belong to a group of businesspeople in Los Angeles who follow the mantra of Know, Like, Trust, and Refer. At AIPAC we learned how to apply a similar message, with a slight nuance, to our relationships with congressmen and local politicians: Know, Like, Trust, and Support Israel. 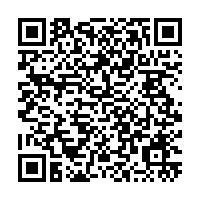