I have worked professionally on two presidential campaigns. In 1972, I helped Hubert Humphrey secure Jewish support for his presidential run. When he lost in the primaries to an outspoken leftist – George McGovern – Humphrey reached out to Nixon (his opponent in 1968) and arranged for me to be a national vice-chairman of “Democrats for Nixon.” When Senator Humphrey told me what he had done, he said, “Our Country is more important than any political party.”

Millions of traditional Democratic voters agreed with us. President Nixon won re-election by one of the largest margins in history while becoming the only president to ever win the popular vote while his party lost seats in the United States Senate.

This lesson of putting country before party has guided me over the last five decades and was deeply reinforced during the 20 years I spent on Daniel Patrick Moynihan’s Senate staff. Pat Moynihan proudly served four presidents, two from each party, and always stressed the danger posed to American Democracy by efforts to impose “an inflexible model of Parliamentary discipline on our tradition of bipartisan consensus.”

Senators Humphrey and Moynihan believed in Democrats and Republicans working together for the common good. Sadly, over the last few decades, our politics have grown more polarized, more poisonous, and far less civil.

And that’s why so many pundits initially thought Joe Biden had no business running in 2020. He’s a man of deep religious convictions and sensitive to religious minorities. He was a protégé of Hubert Humphrey and one of Moynihan’s closest friends and allies in the United States Senate.

Yes, Biden is gaffe-prone and hardly a charismatic, flashy figure. Pat Moynihan once observed, “Joe is one of the smartest people in the United States Senate, but whenever he opens his mouth, he tends to show otherwise.” Biden, however, knows how to work across the aisle. He knows how to get things accomplished.

Both major political parties have faced a hostile takeover in the last few years by elements without real roots in their party. The Democrats faced an ideological takeover and the Republicans faced a personal takeover. One failed, and the other succeeded.

Over 20 Democrats sought this year’s presidential nomination. The ones who demanded a “revolution” got the headlines. Another candidate spent almost a billion dollars to secure the nomination. But Democratic primary voters defied the “experts” and rallied to Biden’s message of moderation and meaningful, thoughtful change within the system.

Biden won every county and demographic in South Carolina on February 29. And, with minimal resources, he swept to victory on Super Tuesday. The voters chose competence over charisma and results over revolution. Biden didn’t just defeat the “radical voices”; he did so despite, or more likely because, he refused to compromise on his core principles.

The Democratic platform rejects a confiscatory “wealth tax,” “Medicare for all,” and the “Green New Deal,” while promising to address these issues with detailed proposals. Recently, Biden stood up once again to extreme voices on the left, strongly condemning “rioting and looting” and “defunding the police” while supporting meaningful steps to address racial inequality and social upheaval.

The Republican Party meanwhile has been reduced to a one-man reality show. A tribute to John McCain? That was at the other convention. Bush and Rubio, Ryan and Cruz? Conspicuously absent, if not unwelcome. The Republican Party that believed in free trade, standing up to tyrants, and thoughtful discussion has become the first major political party in American history to refuse to draft a new platform before the election – which makes it easier to change policies with a capricious tweet in the middle of the night (ask John Bolton or the Kurds).

The Republican Party that even Democrats once hailed as the “party of ideas” has been taken over by conspiracy theorists, talk show hosts, and even QAnon. A Biden presidency would be a calmer presidency. Decisions would be made by experts in their fields as they were when the threat of an Ebola epidemic faced the United States in 2014, and the White House provided decisive leadership in consultation with scientists and doctors.

But What’s Good for the Jews?

The Jewish community will benefit enormously from a calming of political rhetoric. The extreme right and the extreme left drink deeply from the same anti-Semitic bilge. The far left embraces intersectionality, the obscene hypothesis that you are a racist, sexist, and homophobe unless you believe that “from the river to the sea, Palestine must be free.”

The Chinese have put millions of Muslims in concentration camps, but it doesn’t matter to the far left. Only Palestinians are able to claim protective status.

On the other hand, the extreme right embraces the teachings of Madison Grant and a bizarre “replacement theory” that teaches that Jews are trying to undermine Western civilization by bringing inferior races into North America and Western Europe. “Jews will not replace us” was chanted in Charlottesville. Both the Pittsburgh and Poway gunmen cited replacement theory in their manifestos.

Both political parties paint the other party as anti-Semitic, while the vast majority of elected Democrats and Republicans are our friends. But the media loves to play up the crazies on both sides. Horace Greeley, the famous newspaper editor, was once asked how he decides what goes on the front-page. “When a dog bites a man,” he replied, “it isn’t news, but when a man bites a dog, it is news.”

When the House of Representatives voted 398 to 17 this past summer to condemn BDS as anti-Semitic, it received virtually no media attention. A total of 55 of 56 African Americans in the House voted with Israel, but that received almost no attention.

Steny Hoyer, the Majority Leader in the House of Representatives, addressed AIPAC a few months earlier and said, “There are 62 freshman Democrats in the House – 59 oppose BDS, 59 support Israel. How come you only know the names of the other three?”

But What about Israel?

Yes, Donald Trump has done some very good things for Israel. He deserves our thanks for these actions – from moving the embassy to formalizing the breakthrough with the United Arab Emirates. But some of his other moves may, in the long run, prove far less beneficial, including betraying the Kurds, befriending Turkey, bringing Iran to the Israeli-Syrian border, and pushing for a huge arms deal with Arab states without the consent of Congress, much less the blessings of the Israeli government.

Yes, the Obama administration made some painful mistakes when it came to Israel (as has every previous administration). But it was Joe Biden who was the strongest pro-Israel voice in that administration, from pushing for funding for the Iron Dome to helping negotiate the record 38 billion, 10-year aid agreement, which Israel rushed to sign in the administration’s closing weeks rather than take its chances with the new administration.

Biden has consistently condemned BDS, strongly refused to link aid to Israel’s policies, and pledged to support Israel at the United Nations. The Biden-Harris team has also promised to re-negotiate the Iran deal to address Iran’s support of Middle East terrorism (which also happens to be Donald Trump’s position).

A closing story: In 1983, Senators Moynihan and Biden introduced the first legislation to move the United States Embassy in Israel to Jerusalem. President Regan threated a veto, but the senators were confident that they had a bipartisan super majority to override his veto.

Then Senator Moynihan received a call from his good friend, former Prime Minister Menachem Begin. “Pat,” he said, “never fight the battle for Jerusalem in the halls of Congress. Never let Israel become a partisan political issue.” The senators tabled their bill.

Sadly, President Trump has politicized the question of Israel by portraying all Democrats as “enemies of Israel” if not “anti-Semitic.” This has been a terrible disservice to Israel. 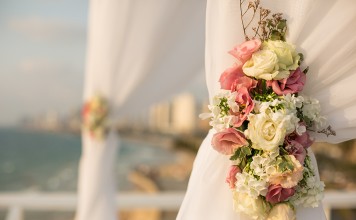