I have always been a lover of books. Even when I was a young student in yeshiva many decades ago I would read books on all sorts of different subjects. Back then I used the meager financial resources at my disposal to purchase books. Prices were different then, and for three dollars I was able to obtain classic books by great Talmudic scholars.

When I was a rabbi in Miami Beach, I often had the experience of finding a pile of Hebrew books on my doorstep, placed there by the heirs of the previous generation. Apparently the children and grandchildren of the deceased had no use for their books and simply disposed of them by leaving them on the doorstep of the rabbi or the synagogue building.


Most of those books I had to dispose of myself. However, in the pile there always was a certain special book, even on occasion a rare one, that would so catch my eye and interest that I kept it for myself. I never had the resources or inclination to become a true book collector but I acquired a very large library over my years in the rabbinate.

There was a time when I knew the location of every book on my shelves. Not only did I have books of Jewish scholarship and Torah, I also had books relating to general world history and biography as well as some much lighter reading, which gave me some psychological relief from the pressures of the rabbinate.

When I moved to Israel, I left a substantial part of my library in the United States. My much smaller quarters in our apartment here in Jerusalem did not afford me the space to bring them all with me. There are times now, when I am writing a book or making a presentation or lecture, that I will recall a fascinating insight or anecdote that appeared in one of the books I once owned.

I picture the book on the shelf back in Monsey and I regret that it is not here with me in Jerusalem. This happens to me so often that my level of frustration over it is now much diminished; I no longer expect to be able to find the book here. Sometimes I am pleasantly surprised to find that in fact I do have the book here and am even more amazed that I was able to find it among the book shelves that line my apartment.

All of my bookshelves are full to overflowing and therefore I no longer purchase any new books. There are many I would wish to acquire put practicality dictates that I restrain my acquisitive instincts. Also, the fact that there is an enormous amount of material I can access through CDs I own and from the thousands of books available on the Internet softens the blow that I can no longer, in good conscience, purchase books to bring home.

Jews have always had a reverence for books. There is an anecdote regarding Harry Wolfson, one of the first Jews to acquire tenure at Harvard. This was in the beginning of the twentieth century when academic anti-Semitism in the United States was open and palpable. Wolfson was once confronted by a colleague who said to him: “Why do you Jews think you’re so special?” Wolfson is reported to have coolly answered: “As far as I know, we are the only people who when we drop a book on the floor pick it up and kiss it.”

This attitude toward books is not limited to books of holiness and Torah. Many surveys have shown that Jews constitute a large bloc of the book purchasing public in the United States, far greater than their numbers and population would warrant.

Of course, there are a lot of trashy books in circulation, many of which actually prove more popular and outsell books of greater worth and gravity. So, as with everything else in life, there are positive and potentially negative consequences in acquiring and reading books.

One must become a connoisseur of books in order to obtain the full value of having and reading books. But the old Hebrew adage that “books should be members of your household” still certainly applies in the Jewish world. 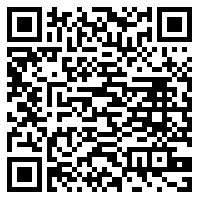