Information regarding President Trump’s “plan of the century” is vague, with Kushner and other administration sources saying only that it will require “compromises from both sides” and that in the words of Secretary of State Mike Pompeo, it will “represent a significant change from the model that’s been used.”


Our first suggestion is therefore to not reveal the plan but to continue floating rumors and possibilities as a means of elucidating intentions.

Palestinian PM Shtayyah has already announced the plan will be “born dead” and that it is “financial blackmail.” But Shtayyah also hinted that the Palestinian Authority would seek to develop the Palestinian economy and to reduce dependence on Israel.

This leads to our next suggestion. Outside of the plan itself, American policy should offers development aid to specific sectors of the Palestinian economy in exchange for an enhanced version of the current status quo. Aid and normalization should be exchanged for security.

Importantly, US aid should not provided to the corrupt Palestinian Authority or even through traditional American means such as USAID, but rather through bilateral mechanisms directly to Palestinian industries through trade organizations and free trade agreements. Expediting visas, educational exchanges, arranging lines of credit, and other mechanisms that provide access to US markets will do more to develop industries and prosperity than top-down aid in the form of money to corrupt oligarchs.

The worst possible approach would be a titanic development plan such as that proposed by the RAND Corporation in 2007, which would sink billions into towns, roads, railroads, and other infrastructure. Elegant, artificial, and imposed, it would founder under its own costs and be crushed by corruption.

The prognosis for economic development furthering normalization and peace with Israel is mixed. There are encouraging examples, such as the growing Palestinian high tech sector, which has important connections with its much larger Israeli counterpart and with global markets.

Wealth is no guarantee that animosity will be overcome. For example, Palestinian billionaire industrialist Munib al-Masri recently claimed that “No Palestinian can agree to less than what Yasser Arafat agreed to: the 1967 borders, East Jerusalem as the capital, and the return of the refugees. It’s impossible for anyone to agree.” Traditional elites will not accept new realities, not least that the ‘right of return’ for Palestinians to homes formerly in Israel is off the table. But new elites might.

As for borders, the recent claim by Palestinian negotiator Saeb Erekat that in 2008, then Israeli PM Ehud Olmert offered PA President Mahmoud Abbas more than 100% of the West Bank, throwing in additional square kilometers so Abbas could claim victory, symbolizes the problem.

But such offers are no longer on the table, thanks to both the growth of Israeli communities across the Green Line and Hamas’s rule in Gaza. This is why any plan for Gaza must be separated from that for the West Bank.

Most Israelis have been vague about the plan, but the far right expressed strong opposition, particularly before the Israeli election. Palestinian rejection of the plan will further embolden the Israeli right and impel PM Benjamin Netanyahu to extend sovereignty to Israeli settlements or even annex the entire West Bank, while simultaneously empowering Islamists in Qatar, Iran, and elsewhere. Preemptive Palestinian rejection is a strategic mistake that gives up the chance for meaningful pressure on Israel regarding borders and Palestinian autonomy.

Global responses are also revealing. Outgoing French ambassador to the US Gérard Araud lauded Kushner’s approach but predicted its failure for being too pro-Israel. Araud also praised a host of Trump administration policy initiatives but predicted that “when Trump leaves power, everything will go back to business as usual. That’s the dream of Washington, DC.”

Our final proposal is therefore that the administration delay revealing the plan in order to continue taming the foreign policy “blob.”

The administration’s contrarian, transactional approach has yielded limited but real results, from boosting NATO funding to galvanizing opposition to Chinese expansionism. But Middle East policy inertia needs to be broken – witness continued US support for the Lebanese government controlled by Hezbollah.

Too many examples of internal opposition to Trump policies have emerged to give confidence that any new policies for the Middle East or anywhere else will be faithfully executed and not simply ignored or reversed.

The closure of the American consulate in East Jerusalem was an important step in seeing that US policy is promoted with one voice. The leak of Kushner’s memo, however, proves that more control is needed.

Continued peace and quiet would allow both Palestinians and Israelis to continue grassroots economic and social development. Paradoxically, the Kushner plan will not provide that. Fortunately, the Middle East and Washington DC provide many excuses for delay and for new approaches. 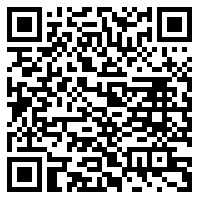