The raid on President Trump’s lawyer dramatically demonstrates the need for new legislation to assure that no FBI agents or US attorneys ever get to read privileged communications between a lawyer and a client, a doctor and a patient, a priest and penitent, or a husband and a wife.

There is a better and safer way to deal with this issue than the current approach of using prosecutors and FBI agents to do the sifting. A law should be enacted under which anytime the government is seeking to search an office or home that may contain confidential and privileged information, the search team must be accompanied by a judicial officer – a judge, a magistrate or someone appointed to fulfill that function.

That judicial officer should be the only one ever to read material that is eventually deemed to be confidential. A judge can be trusted not to leak far better than an FBI agents or prosecutors. And if a judge were to leak, it would be easy to identify the source of the unlawful disclosure, since the single judge would be the only one to have access to the confidential material.

This procedure might be somewhat more cumbersome and expensive than the current taint team approach, but it would provide much better safeguards to the fundamental rights that we, as Americans, possess. The taint team could be retained in the context for which it was originally developed: to prevent potential violations of the Fifth Amendment by the use of immunized self-criminating testimony. Taint teams should never be used in the context of the Fourth or Sixth Amendment, because the privacy and confidentiality at stake there is very different from those at stake under the Fifth Amendment. The Fifth Amendment merely prohibits the use of illegally obtained self-incriminatory information at the defendant’s criminal trial. The Fourth Amendment prohibits unlawful intrusions into the privacy of any American, and the Sixth Amendment implicitly prohibits violations of the lawyer-client privilege. Such violations occur the moment private or confidential information is viewed by government agents, regardless of whether it is ultimately used in a criminal trial.

When I proposed this new law on CNN, Jeffrey Toobin responded that lawyers, doctors, penitents and spouses are not above the law, and if there is probable cause to believe they may have committed a crime, it should be permissible to search their records without the direct supervision of a judge. But with due respect to my former student, his answer misses the point. The focus of my proposed law is not on the privacy rights of guilty lawyers, doctors, priests and spouses; its focus is on the privacy and confidentiality rights of their innocent clients, patients, penitents and spouses. The proposed law is intended to protect the rights of these innocent bystanders. The legitimate confidentiality right of innocent people must be given priority over any inconvenience that might be caused by requiring a judge to be the one to filter out protected communications.

My proposed law would not prevent the government from seizing incriminating evidence from guilty lawyers, doctors, penitents or spouses, so long as the evidence was not covered by a legitimate privilege. It would put prosecutors in the same position they are in today: they would not be able to use information that was ultimately deemed to be privileged. But it would protect the innocent clients, patients, penitents and spouses from having their private and confidential information reviewed by FBI agents and prosecutors who might well leak the information or misuse it in other ways.

Congress should seriously consider enacting such a law, not to help Donald Trump, but to protect the constitutional rights of all Americans whose private and confidential communications are now reviewed by taint teams comprised of FBI agents and prosecutors. All Americans should support this reasonable protection. 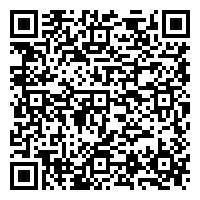