Before delving into the question of whether such calls are warranted or not, it’s important to point out that the concept of a people’s army, which relies on conscripts and reserves for its fighting force, was firmly ensconced by Israel’s first prime minister, David Ben-Gurion.


In re-examining this model today, it is important to take into account Israel’s environment—external and internal—its current threats, and the nature of its existence before deciding whether the people’s army “glove” still fits the Israeli hand.

Those who call for a professional army often point to the fact that Western militaries, from the United States to Germany and many others, rely on career soldiers and wonder why Israel does not do the same.

The fact of the matter is that this comparison is, in and of itself, a colossal error. Comparing Israel to other Western countries fails basic logic since Israel—from a security perspective—is completely different from typical Western countries. No other country in the West faces a persistent severe threat that has been in the past and could once again become an existential threat.

It is impossible to ignore the stated intentions of the Iranian leadership. Neither can one ignore the unique circumstances faced by Israel, such as the fact that missiles can be fired at it at any moment or that it could face a mass-casualty terror attack.

Israel is the only country in the world that is publicly and routinely threatened with destruction. Iran’s ideology is committed to wiping “the Zionist state” from the map. Those who confidently declare that Iran’s Supreme Leader would never follow through on such threats ignore the fact that the Islamic Republic is working studiously to further that objective.

Israel is the only country in the world that faces continuous projectile attacks on its cities, and the only state that faces daily threats from terrorists ranging from suicide bombers to knife attacks.

It is the only state in the West whose borders are still in dispute, and where the homes of millions of residents are claimed by adversaries as their own.

Under these circumstances, not only does Israel have to have a quality military, but this military must be filled with motivated personnel who understand that there is a possibility that they will need to defend the country with their lives. The military’s soldiers must understand that there is a real possibility that the state could have to go to war tomorrow, and that they could be wounded or killed in arenas from the north to the south. And that this would, ultimately, despite Israel’s power, be a war of national survival.

While Israel is today considered a regional superpower, that does not change the tangible possibility of Hezbollah getting up tomorrow morning and making a miscalculation that could lead to war, or that it receives Iranian orders to attack in retaliation for, say, the assassination of an Iranian leader.

In a general regional conflict, 2,500 rockets could rain down on Israel every day for an extended period, with tons of explosives landing in the north of the country. That is not an existential threat, but a scenario that involves large numbers of casualties and living under wartime conditions for the duration of the conflict.

Unlike the militaries that are NATO alliance members, the IDF faces multiple adversaries on its borders. Israel does not send professional militaries overseas on rotation as part of international coalitions. It must prepare to fight wars within immediate proximity of Israeli cities, towns and villages.

Even in Israel itself, some citizens have a difficult time internalizing this reality, particularly during security escalations that mostly involve the Israeli south only. They have grown accustomed to the idea that even in Tel Aviv, the danger is “in the south,” even though in reality this is just tens of kilometers away.

Israel must have a significant military with motivated soldiers who understand that their duty is not theoretical—not limited to ceremonies and marches—but that there will come a time when they will find themselves at war. This is an entirely different reality from professional soldiers who may or may not end up being flown to Somalia or Afghanistan and whose home cities are not under enemy fire.

The IDF is made up mostly of conscripts and reserves conducting mandatory service by law for minimal payment.

This is an old model, based on universal conscription, which itself is designed to generate unity and equality among those recruited to the armed forces and to utilize their potential.

The military acts as an Israeli melting pot, reflecting the diversity of Israeli society. It is based on a national ethos that emphasizes the individual’s contribution to the collective and the concept that the main way to make that contribution is in the field of security—by defending others with your body.

The military brings together all sections of society, creating a collective experience and common identity, acting as a central unifier in a country that absorbs multi-ethnic, multicultural Jewish immigration from around the world.

Those who wish to build an alternative model must first analyze the question of whether it would stand up under these conditions. Would the professional military be willing, in an emergency, to defend the collective? Or would it cast away all of the advantages that Israel has built to this day, breaking down ethnic “ghettos” and sectors to create a collective entity?

Would a professional military create the same level of motivation or would this be sacrificed?

The calls for a professional military result mainly from economic considerations, and they should act as a wake-up call for the IDF to optimize its streamlining and saving efforts further.

But the idea that a professional military would replace a more motivated fighting force has no foundation, and it is fundamentally ill-suited for Israel’s circumstances.

(Brig. Gen. Shmuel Tzuker (IDF, Ret.) is a publishing expert at The Miryam Institute. He is the former deputy director general of the Directorate of Production and Procurement in the Ministry of Defense) 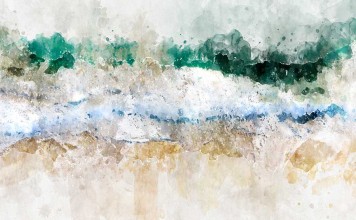