What interested Justice Elon most were not internal halachic problems. What truly animated my learning from him was the question of how halacha interacts with other legal systems and other legal cultures. It was he who first introduced me to the formulation of the many rishonim who assign to situmta and thus the law of the land greater authority than halacha granted itself.

Justice Elon showed me a basic truth within the rishonim: he pointed out that the Rosh, Rashba, Maharshal and many others contend that situmta and dina demalchuta can accomplish much more than traditional halachic forms of effecting a deal through a kinyan. For example, this approach argues that though halacha has no native mechanism for transferring ownership of an item that does not now exist in the world (davar shelo ba laolam), if the commercial practice of a particular society included a procedure for such transfers, halacha would incorporate the practice as valid and enforceable. To put it simply, despite the fact that no basic halachic form of kinyan permits someone to sell something that does not yet exist or to sell to someone who does not yet exist, Justice Elon noted that the Rashbash states:

Great is the power of the community, which triumphs even without a kinyan…. Even something which is not yet in existence can be sold to someone who does not yet exist [if community practice so provides].


If this is correct and commercial custom can allow transactions to be accomplished that could not otherwise have been achieved under Jewish law, it is possible that secular law can create obligations that – though profoundly not found in halacha – could nevertheless be introduced into halacha under the rubric of minhag hasocharim or dina demalchuta. (Of course and needless to say, other halachic authorities maintain that thisis wrong in attributing expansive powers to non-native mechanisms. R. Yehiel b. Joseph of Paris and others posit that a customary convention functions only as a substitute method by which to transfer title and cannot be more effective under Jewish law than the forms of kinyan recognized by the Talmud. According to this view, then, the capacity of halacha to assimilate world law precepts and private obligations would be more limited.)

Justice Elon opened vast new vistas of my own understanding of the breadth and depth of halacha – and particularly how much one really needs to understand secular law to work in Choshen Mishpat matters. After my first year of law school he arranged for NYU Law School and the Gruss Committee, headed by the ever-gracious Professor Rochelle Dreyfus, to grant me a Gruss Fellowship in Talmudic Civil Law. Justice Elon worked with me as I wrote my first piece of serious Torah scholarship on surrogate motherhood, and started working with me on my second article, which turned into a book, on how halacha views the practice of secular law.

When I got engaged to my wife, Channah, on May 12, 1985 – the same day we both took our final in Civil Procedure II at the end of that first year of law school – Justice Elon approached me after Minchah, wished me a mazal tov, grabbed both of my hands and danced with me for thirty seconds, which was surprising to me. He looked at me with a twinkle in his eye and told me that the tradition in the Hebron Yeshiva – direct from the Alter of Slabodka himself, he claimed – was to dance with a chattan upon his engagement, not at the wedding. “Besides,” he said to me, “Michael, you don’t have to be so serious all the time.”

I still dance at engagements as a tribute to Justice Elon, and I certainly have fulfilled his mandate not to be serious all the time.

I remained in contact with Justice Elon for many years, until his failing health made it impossible. Tea with him and his wonderful wife Ruth in their house at 12 Ibn Shaprut in Rechayva was always a wonderful treat; she was as gracious as he was learned, and there was always much to learn in conversation with him.

The truth is that, contrary to his advice to me, Justice Elon was, as far as I can recall, serious all the time with respect to the central mission of his Torah life – insuring that the commercial law that forms the backbone of any serious halachic system be treated with the analytical seriousness it deserved. He left a legacy of scholarship – including his monumental three-volume work Hamishpat HaIvri (so ably translated into English by JPS as the four volume “Jewish Law: History Sources, Principles”), which ought to be standard reading for anyone interested in commercial Jewish law. Indeed, my own students, many of whom never met Elon, are more than familiar with and inspired by his massive contributions to the field of modern Jewish law. 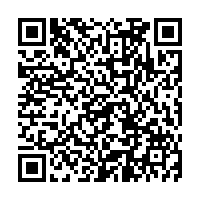