Justice Menachem Elon, who passed away on February 6, revolutionized the study of Jewish law, Mishpat Ivri. He personally took the Choshen Mishpat – the hornbook of Torah laws on interpersonal relations – out of the closet of the yeshivas, where it was the specialized expertise of rabbis given the honorific accolade of Yadin Yadin, into the modern courtroom.

Scores of leading American law schools now emulate Elon and offer courses in Jewish or Talmudic law. Israeli lawmakers in the Knesset now look proudly to our traditional teachings when they enact laws that govern a contemporary society because Elon taught them that the wisdom of centuries of rabbinic study and debate can guide a modern society.


He was an intellectual revolutionary, but unlike most historic figures who have broken new paths, he had no ego. All who knew him were struck by his humility, personal grace, compassion, and sweetness. Lawyers are a contentious lot, but Menachem Elon – a mentor to hundreds of lawyers – had no sharp elbows. Though he differed frequently with colleagues on the Israeli Supreme Court – and particularly with Aharon Barak, who served as president of the court for much of Elon’s tenure – he never was heard to utter an unkind word about those with whom he disagreed.

As a frequent guest in the Elon home and one who was in tune with virtually all his views, I expected expressions of acrimony from him over issues on which his opinions were rejected by less traditionally oriented colleagues. I never heard what I expected. Dissenting judges frequently say, “I respectfully disagree,” not truly meaning the respect that the words express. Justice Elon truly respected even those who disagreed or did not comprehend his own commitment to Torah and Halacha.

A remarkable feature of Elon’s scholarship was his insistence on personally doing the work that bore his name. When I first met him, the English translation of his monumental Ha-Mishpat Ha-Ivri was being crafted by American lawyers and scholars Bernard Auerbach and Melvin J. Sykes. Elon happily confided in me how much he enjoyed his many sessions with the translators, reviewing punctiliously the remarkable work they did in making his landmark treatise understandable (and even enjoyable) to English-speaking readers.

In their Introduction to the Jewish Publication Society’s four-volume translation, Auerbach and Sykes observed that they had benefited from “the many hours we have spent with Justice Elon” and said that the product was “more than just a translation, our work has been a collaboration with him.”

Justice Elon encouraged me to file friend-of-the-court briefs in cases pending in the United States Supreme Court to transmit to the American justices the wisdom of Jewish law on issues that came before the court.

In 1999 and again in 2007 the Supreme Court considered the constitutionality of execution methods that were excessively cruel. A brief I wrote and filed in 1999 on behalf of Jewish groups appended 30 pages from an English translation of the Talmud in Sanhedrin. My friend-of-the-court brief concluded with the observation that “if execution by the electric chair, as administered in Florida, results in unnecessary pain and disfigurement, it would be unacceptable under the principles underlying the traditional Jewish legal system applied 2,000 years ago, and should also be unacceptable under the Eighth Amendment today.”

To top off more ancient authorities, I cited and quoted Justice Elon’s conclusion in an opinion he wrote for the Israeli Supreme Court in State of Israel v. Tamir:

According to Jewish law, a death sentence must be carried out with the minimum of suffering and without offense to human dignity. This is based on the biblical verse, “Love your fellow as yourself,” and the rule is, “Choose for him a humane death.” From this we declare that even a condemned felon is your “fellow.” The justice gave my brief – which I sent him in draft form before I filed it – the personal attention and critical review I had hoped for, and he even considered seriously (but wisely rejected) my request that he formally attach his name to it.

He was, of course, a master of the Hebrew language, and he wrote lovingly and poetically not only about the law but also about Jerusalem and the Land of Israel. He came within a hairs-breadth of being selected Israel’s president, and no one could have filled that position with greater elegance than Menachem Elon. 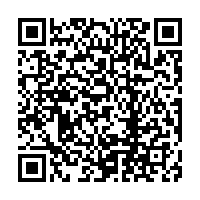