It was during the summer of 1974 and my first trip to Israel with my sister Naomi, z”l. My older brother led us through Yaffa Gate and down the slippery cobblestone steps through the Arab shuk. I could not wait for my first encounter with the Kotel. At every turn through the teeming, noisy, pungent, and colorful shuk, I wondered when the Kotel would appear in front of me.

My anticipation grew by leaps and bounds. More turns, more steps, and then, there we were, standing at the top of the steps leading to the Kotel. I felt euphoria pulsing through my veins.


That visit was very different from the one my young grandsons recently experienced when they went to the Kotel with their family. Women of the Wall (WoW) had come to the Kotel – as it does each Rosh Chodesh – to disturb other people from praying. In reaction, a group of mostly charedi men began shouting at them. My two young grandsons did not know what was happening, but one of them got into the rhythm and started screaming at nobody in particular.

When my daughter-in-law told me what happened to me over the phone, I didn’t know whether to laugh or cry.

What do these women who call themselves Women of the Wall want? Simply: To coerce change among traditional Jewish women who daven at the Kotel. These women often sing as loudly as possible, wave siddurim in the air – in short, they do whatever they can to disturb the people around them.

WoW’s mission statement is “to attain social and legal recognition of our right, as women, to wear prayer shawls, pray, and read from the Torah, collectively and aloud, at the Western Wall.”

A few years ago, the Israeli government constructed an expanded platform for these women near Robinson’s Arch, which is the first part of the Kotel as seen from the Dung Gate, but most of the time the platform is empty. WoW defies regulations and holds its Rosh Chodesh gatherings in the main Western Wall Plaza.

As a response to WoW, Ronit Peskin, Leah Aharoni, and Jenni Menashe founded Women for the Wall – W4W – in April 2013. Its first event was a prayer gathering on Rosh Chodesh Sivan of thatyear. Approximately 7,000 traditional Jewish women came to daven, highly outnumbering WoW.

Founder of WoW Anat Hoffman along with other WoW leaders claim religious Jewish women are oppressed, religious Jewish men are misogynists, and Orthodox Judaism is “archaic, alien and repulsive.”

But Leah Aharoni of W4W argues that rejecting the traditional feminine experience is itself misogynous. “There is nothing more demeaning to women than positioning the traditionally male experience as the only one worth living and setting up women for an ongoing game of catch-up,” she says.

In an editorial, Ronit Peskin wrote, “Women of the Wall are not victims of oppression; they are advocates for upheaval. The Western Wall should not be turned into a political battleground and media circus, and religious articles such as tallitot, tefillin and prayer books should not be props with which to promote a political agenda. Political fights should be taken to the Knesset and the Supreme Court, and Holy Sites should be revered – not used as wedges to drive political issues.”

Every sacred site in the world has rules and expectations of visitors in order to maintain an atmosphere of holiness and reverence. The Kotel should be no different.

A close friend of mine, Shaina Buchwald, has been going faithfully to the Kotel along with a group of women every Wednesday morning since the Oslo Accords were signed. They daven on their own and then meet to recite some Tehillim. Afterwards, my friend sometimes gives a d’var Torah.

When I asked Shaina her thoughts about WoW, she said, “They should be left alone. Let’s work on our relationship with Hashem.” When I asked her about the disturbances WoW often creates, Shaina said, “They have to learn mentchlekeit. If they bother the majority of people who are davening, they should go elsewhere.”

Women of the Wall call themselves WoW, but it is really groups like Women for the Wall and my dear friend’s weekly group of women that deserve the appellation “wow”! 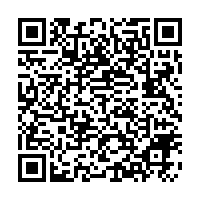