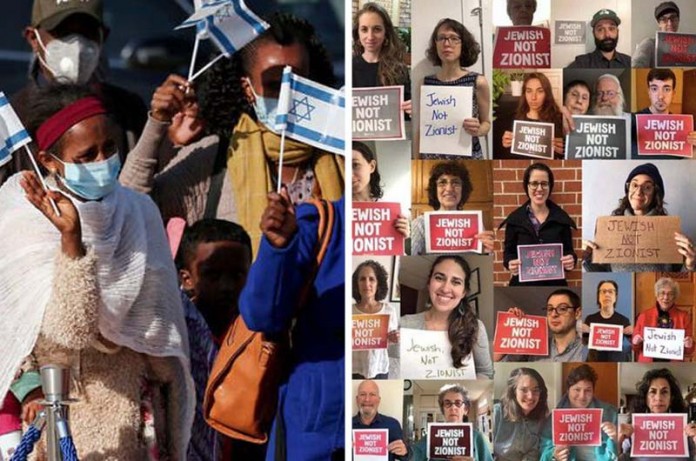 I saw two pictures the other day.


Two pictures of a group of Jews, many of whom were smiling with joy and pride. Jews who were young and old, males and females, frozen in a moment of time.

And yet the story of these pictures could not be more different.

Because in the first picture, there were a bunch of Jews – or people who were supposedly Jews – holding up a sign that read in clear, unmistakable bold writing: Jewish not Zionist.
And in the second picture, there were also a group of Jews, having just gotten off a plane from Ethiopia, not holding any signs at all – just waving small flags – flags of the State of Israel.

Because in one picture I see the past disappear in a dark abyss of hopelessness and deep despair and in the other I see a joyous future so full of unlimited hope and incredible brightness.

There is a sickness going on right now in some parts of our people – a sickness that doesn’t bring on a fever or a cough, but a sickness that wipes away the history and identity of all those who have it – the complete and utter loss of Jewish identity.

Jews who hold signs that want us to believe they are proud Jews, yet anti-Zionist have lost their identity. They have given away their heritage, their nationality, their history, their culture, their religion and everything else that made them Jews in the first place. The great tragedy is that they have done so willingly.

They serve the Jew haters in ways those haters can only ever have dreamt of. Because in them they have found people who truly wish destruction upon their own people. These misguided Jews have somehow, either knowingly or maliciously, come to believe that Zionism is some political colonialist movement invented by Europeans to displace indigenous Arab people.

It’s the line that modern-day Israel and Jew-haters use constantly in an attempt to drive a wedge between Jews of today and Jews of before. It’s why many Arab leaders and resolutions from the UN and the EU continuously make statements and pass resolutions proclaiming there were no Jewish temples, or that Jerusalem has nothing to do with Jews, or that Israel was somehow an Arab land that European Jews invaded. And their hatred and desperation is so strong that even though archaeological evidence is found almost daily about our long history in this ancient land – they continue to deny it, proclaiming it as some kind of ‘Zionist’ plot.

Oh, how wrong they are.

Zionism is not a political movement and it never has been. Yes, there were modern movements that reportedly began with Theodore Herzl in the late 1800s, but he was not the first – but merely the latest in an ongoing dream that began thousands of years earlier. Because the first Zionist that ever lived almost 4000 years ago. He was the first Jew and his name was Abraham – son of Terah.

As much as these people want to divorce Zionism from Judaism, they can’t. It’s intertwined in every way. Our festivals are about our land. Our prayers tell us to turn to Jerusalem. Our bible is about the liberation in our land. Our stories are about our prophets who walked the same earth that modern-day Israel lies on.

It is a story about a promise that hasn’t died.

So for them to proclaim that they are proud Jews, yet against Zionism is both illogical and nonsensical. You cannot separate Jews as a people and Israel as our Jewish land – and all who do so are destined to disappear – just as these Jews will, for it is simply a matter of time before they fade from the Jewish world through intermarriage and lack of self-awareness or care as to their own identity. They will simply become irrelevant.

You cannot build a future for your people if you reject your past. And make no mistake – they have.

And yet, this is not a post of despair, but one of hope.

In the second picture, we see the true meaning of what Zionism is. We see our people who have been scattered across the world for so long – return home. We see in their faces the joy and the light of what returning to Israel means. We see appreciation and love and pride. We see a deep understanding of Zionism that those in the first picture can never truly understand.

Zionism is about Jewish self-determination in our own land of Israel. It is a dynamic living force that connects Jews from every corner of the world – a beacon of hope that shines for our people like a flame atop a mountain that will never die.

It’s true that all Jews might not feel it and some might even reject it, but it doesn’t change the power of it for it remains part of the Jewish world and the Jewish people – an undying link that will live on forever. 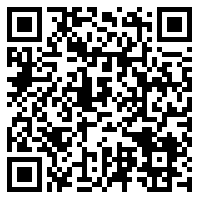