It must be any Arab terrorist’s dream come true to have Jews as their enemy.

If you are a terrorist facing Israel, you can fire rockets by the thousands and finally receive a response you know will end prematurely and inconclusively. You face an Israeli enemy which, during a war, gives advance notice by flyers and phone calls to apartment residents that this or that building is being targeted, thereby giving so called “innocent” civilians and yourselves enough time to escape with your life.

About a year ago a US drone targeted a well known terrorist in Pakistan and even after confirming the man’s wife and extended family were present, the missile launch went ahead killing the terrorist and nine of those present with him and not a peep from anyone. This should be the example of blatant hypocrisy Israel should hold up next time the world accuses it of anything. No country on the face of the earth goes to the extent Israel does in trying to avoid civilian casualties but one must ask, what benefit has it gained?

If you are a terrorist facing Israel, you can fabricate stories of a supposed massacre (e.g. in Jenin), knowing full well that nothing occurred but that it will cast dispersions on an enemy which foolishly states that it will investigate the claim and thereby, to the rest of the world, implies there may be something to the story. In this regard, if you are a terrorist you know that in respect to your Israeli enemy, that they have not a clue how to counter the Hasbara war you are waging against them and wouldn’t even know that Hasbara is a war.

If you are a terrorist facing Israel, you will certainly know that you can make the most outrageous and heinous statements, such as “Jews are the offspring of pigs and apes,” knowing full well that the Israelis will still offer to sit down with you in talks with no preconditions! Not even will they demand that the indoctrination of children in hate must stop.

If you are a terrorist facing Israel, you will know that if captured, you will be well treated. In the case of Barghouti, a terrorist “with blood on his hands” sitting in an Israeli prison, being well treated apparently includes being given access to the world media in order to babble on about anything he likes, as was recently the case.

If you are a terrorist facing Israel, you will rejoice in that country’s foolishness in allowing the Muslim Waqf to retain control of the Temple Mount after the 1967 war, all for then Chief of Staff Moshe Dayan’s desire to be magnanimous in victory. This will allow you to go on excavating under the Temple Mount with a bulldozer, destroying any remaining Jewish artefacts in order to rid the place of any trace of the first and second Temple periods and in the process continue to build an underground mosque there for future proof of claim to the land. Contrary to popular misconceptions, Rabbis wanted Israeli control of this holy site while researching where Jews were not allowed to go. Moshe Dayan’s decision doesn’t say much about the people around him in the Israeli cabinet at that time who allowed his decision to prevail.

If you are a terrorist facing Israel, you will know that so successful is your propaganda, that your enemy will still be held responsible by the world media for so called settlement “expansion” even though it is clearly only building a new house or an extension to an existing home but within the boundaries of existing Jewish communities.

If you are a terrorist facing Israel, you know that the world has bought your lie that there were once a Palestinian people when in fact no such people ever existed. As a matter of fact, in biblical times, all of what is now Israel and the west bank (Judea and Samaria) was Jewish. When the Romans conquered the territory they named the entire area “Philistina” in order to rub salt into the wounds of the defeated Jews by calling the place in honour of their ancient and mortal enemies the Philistines. By doing so, the Romans acknowledged that the owners of the territory were Jews. Down the centuries the name Philistina was anglicized to Palestine.

At the beginning of the 20th Century, if one were referred to as a Palestinian, it was automatically implied that he or she was Jewish. Decades later Arabs cleverly commandeered the term “Palestinian” and the illiterate masses have bought their message that these same Arabs have never forgiven the division of “their country” by the UN. The facts are that Palestine was a land mass finally administered by the British from 1914 until the 1947 Partition Plan when only a part was allocated back to its centuries old rightful owners, the Jewish people.

If you are a terrorist facing Israel, you should pray that your enemy will continue treating you as they do now, that is, not as any “normal” country would do. If your enemy was a “normal” country like Russia, China or the USA facing barrage after deadly barrage of missiles, you could rest assured that parts of the Gaza Strip and West Bank would have been reduced to rubble long ago.

If you are a terrorist facing Israel you should get down on your hands and knees and thank Allah that this insane democracy called Israel allows its President (Shimon Peres) to bad mouth the Israeli Government at every opportunity in order to bring its downfall, to be replaced with a left wing rabble more to his liking. In spite of the fact that Abbas has stated over and over again that the PA will never recognise Israel as a Jewish state, this being a red line which he will not cross, the good Shimon Peres, that left wing ideologue, that “elder statesman” that man who brought Israel the disastrous Oslo Accords, still harbours the view that his good friend Abbas is a partner for peace! This same Peres who, when learning that Yasser Arafat was caught out preaching “jihad” in Arabic to his assembled throng, rushed to his immediate defence by saying he was really calling for a “jihad for peace.”

That insane democracy called Israel does not apparently enforce Israeli law where Negev Bedouin are concerned. The fact that they once roamed the Middle East tending their flocks does not prove ownership and for Israel to have succumbed to pressure to, in many cases, allow these people to register vacant land in the Land Registry as privately held is appalling. It is outrageous that an organisation called Regavim has to take the Israeli Government to court to enforce its own laws in order to keep Jewish lands in Jewish hands.

Most disgusting of all, if you are a terrorist facing Israel you will know that within the Jewish Diaspora, you will have countless numbers who have fallen for your propaganda, fallen for your attempts to rewrite history, who will flock to your side and denounce Israel for every step it takes in its defence. In short, you will be able to count on many of those who you call the “offspring of pigs and apes” who will defend your every move and pronouncement. If this is not obscene enough, these same offspring of pigs and apes will devise ways of bringing economic hardship to Israel by such devious schemes as a Boycott, Divestment and Sanctions (BDS) campaign.

It is my opinion that Obama and Kerry aim to destroy Israel one way or another. Kerry’s periodic mumblings that if Israel does not offer more and more concessions, then there could be more acts of terror, is to me a clearly veiled message to the “Palestinians” on what to do should these so called “peace talks” break down. On a personal note, I find it an appalling indictment of American Jewry that the overwhelming majority voted for this administration.

It is time for Israel to act like a sovereign power in control of its own destiny. It has only one option and that is to walk away from this so called “peace process’, to take unilateral action on borders, hand the welfare of those people outside those borders to the UNHCR, Jordan, Egypt or whoever and to expel all foreign and hostile NGOs. The world would no doubt not recognise these moves but then the world recognises nothing Israel does anyway.
At a minimum, the world would see that Israel has finally got up off its knees.

In conclusion, should there be another war, which is a distinct possibility, it will have profound implications. Israel must not allow the next one to end prematurely or inconclusively like all others in the past because of world pressure. This one has to end with the unconditional surrender of the enemy on Israel’s terms. This time the gloves must come off, the IAF unleashed with no more of those ludicrous advance warnings. 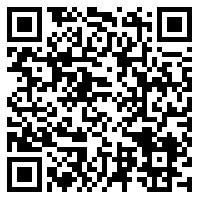