“Thus was he [the cedar tree] beautiful in his greatness, in the length of his branches; for his roots were upon abundant waters.”– Ezekiel 31:7

Tu B’Shevat, the New Year of the Trees, is quickly approaching. Now is when the earliest-blooming trees in the Land of Israel wake up from their winter slumber and begin a new cycle of bearing fruit. The roots are prepared to do their job, to anchor the tree in place and to extract nutrients from the soil so that the tree can be strong and healthy.


As a genetic counselor who advocates for pre-conception genetic testing, I take the roots-to-tree metaphor very seriously. I believe that in order to sustain a healthy community, the roots of the community have the responsibility of relaying just how important genetic testing is.

Carrier screening for autosomal recessive diseases that are common in the Ashkenazi Jewish population is widely available and has been recommended by professional organizations to be completed prior to conception or in early pregnancy. While the tests for these diseases are generally accessible, the uptake has been found to be disproportionately low in comparison to the number of Ashkenazi Jews who are of childbearing age.

One suggestion for increasing awareness of the availability and importance of pre-conception genetic screening has been to train rabbis. Rabbis often officiate marriages and have relationships with couples prior to their weddings. They also have the unique opportunity to convey what they feel is important to their entire congregation via weekly Shabbat sermons.

Starting in November 2010, the Jewish Genetic Disease Consortium launched Couples Aware, an educational program for rabbis presented in partnership with the New York Board of Rabbis and the UJA. From the launch of this program until March 2011, we at the Program for Jewish Genetic Health asked a subset of the rabbis in attendance at Couples Awarelectures to test out our hypothesis.

We got a total of eighty-eight rabbis to participate in a survey/quiz before and after a discussion of genetic concepts and reproductive options by a genetics professional. We sought to gauge how much the rabbis already knew about carrier screening and how well the educational session prepared them to speak about the importance of carrier screening to engaged couples and congregants.

The results of our study were just as we expected; the rabbis’ scores improved significantly after the educational session. Scores increased from 57 percent correct (before training) to 94 percent correct (after training).

We also found that those rabbis who had had carrier screening themselves or have had children within the past five years had pre-training scores similar to those who had no personal experience with reproductive genetics. These data suggest that rabbis have only basic knowledge about carrier screening for Ashkenazi Jewish diseases before the session, and the training session is effective in increasing their knowledge. Many rabbis who have attended Couples Aware have told me they took this new knowledge seriously and now incorporate genetics into their pre-marital counseling sessions. In fact, more and more of my patients have been referred to genetic counseling by their rabbis.

We learned a valuable lesson here. In order to be able to transmit the information to future couples and decrease the burden of Jewish genetic diseases, rabbis need to be vigilant in becoming and staying informed themselves. The onus is on the educators, those who are specially trained to reach out to community members and who are gifted preachers. However, the rabbis, the roots of the community, will only be able sustain their community (the cedar tree) if they themselves are primed to do so by keeping up.

I urge rabbis, rebbetzins, yoatzot halacha, and other educators and advisers (people like JLIC couples, NCSY advisors, Chabad shluchim, and other members of the community who do outreach) to educate yourselves. Read. Take the time to attend genetics lectures in your community. Listen to our online educational series about common Jewish genetic diseases afflicting your congregants (www.genesights.com). Make connections with genetic health professionals and know when to refer your congregants to the experts.

The tree whose roots go down deep will be better prepared for the storms that come along, for its deep roots hold it steady in the most violent of winds. 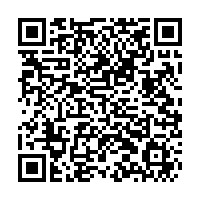