In the last few weeks, I have heard the gleeful celebration of those who are happy that the Security Forces (Shabak, Police and Judicial agencies) have gotten together and arrested a large number of “Jewish terrorists.” I have heard several people say they are animals; that they are not Jewish, that they are undermining the foundation of our society and bringing the country to ruin.

We have waited for weeks for the indictment, for charges to be filed, for evidence to be shown and accusations made. It had to be about Duma, where an innocent Arab baby was murdered and his parents so severely injured they died a few days later. Duma where all that is left of a family, is a small, injured, and likely confused little boy who lost his family, his parents. He is an orphan and those extremist religious settler Jews are responsible – or so said these people.

Wait for it, they said impatiently, it will come. It had to have been those Jewish terrorists who embarrass us all. WE aren’t like them. WE can still say Jews don’t do such things because really, if they did that, they can’t be real Jews.

But wait…the first “Jewish terrorist” arrested on suspicion of having been involved in the horrendous Duma terror attack has been released after 29 days in captivity. Released.

In the end, he was released after Shabak and the judicial system failed to prove that he had any connection whatsoever with Duma. The only thing they accused him of…was a fight that he had 2 years ago with some Bedouins (the boy does not deny the charge but says it was self-defense and you’d think if it was a crime…the courts wouldn’t have waited two years to investigate it).

Instead, this so-called “fight” only came to light because the police asked to extend his imprisonment and when asked why, the only thing they could come up with was the fight two years ago. Thankfully, the judge gave this ridiculous claim the value it deserved and threw the whole thing out.

But for this boy and his family, this isn’t over. This isn’t about “oh well, we messed up and let’s get back to focusing on other avenues of Jewish extremists.” Stop for a moment, now that we know this boy was not involved and think about him. He was denied access to his family, to his lawyers for 17 days.

He was denied sleep…the boy says he was tortured…for a fight that happened two years ago? Obviously, the police had nothing on him and so they used extreme measures…the police, not the boy. He was not allowed to sleep for THREE days…interrogators grabbed his head and abused him until he started vomiting. Never mind proving his guilt, the Shabak couldn’t even prove enough to hold him for a few more days.

Imagine for a moment that this was your son. This boy has a family…a mother who was in agony for weeks, a father who likely feels betrayed. His faith in his country has been shattered…either he is old enough to have served in the army…or young enough that he will be called upon to serve in the coming years. Either way, the Israel he loves has turned on him…all for a fight against Bedouins that may well have been (and probably was) self-defense?

In the last few weeks, I have heard people say that if these boys were taken into custody and held, there must be a reason; if they were denied their rights, they must be guilty. The boy was not involved in the DUMA case…how do we know this? Because the Shabak has now been publicly humiliated by a judge who released the boy with NO charges, NO indictment, nothing. If they had ANYTHING, they would have produced it today. They didn’t. They could have said to the judge that their evidence is too sensitive to release to the public…and the judge would have ordered everyone out of the room. They could have said it is too sensitive even for the boy and his lawyers to see; and the judge would have ordered them out of the room as well. There is nothing. No proof. No evidence. The boy didn’t have anything to do with Duma…he was tortured for NOTHING.

Months later, all that has been accomplished is that a Jewish boy was falsely accused, tortured…or if that is too strong a word, certainly denied his rights and harassed. I would like to hear one person who jumped to attack these “animals” – these “Jews who are not Jews” – these “violent Jewish extremists who are undermining our society” to admit the truth…

So far, the score is 1 – 0 against the Shabak AND you. They were wrong…but so were you. Perhaps, perhaps not with all of them but so far…you are wrong and there is still no evidence to suggest you are right about the others. Will you hold on to your sinat hinam…your hatred of your fellow Jews? 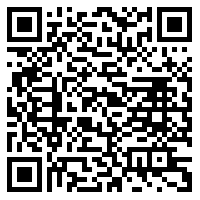