With a possible attack on Iraq looming in the very near future, my thoughts as I walk the streets of this wonderful city of ours flash back to September 11, 2001.

Don’t get me wrong; like other patriotic Americans I am very supportive of our president. Still, in spite of everything we’ve done to uproot the al Qaeda, that extremist- Islamic malignancy seems to have replicated itself in the most unexpected parts of the world, threatening devastating results.


As I walk past ground zero, the site of the World Trade Center, I cannot help but recall the tension in the air that we decent, peace-loving people felt on that infamous day of September 11, 2001. Like many others who lived through those tragic events, I suffered from sleeplessness and nightmares.

In addition to having been terrifying, these episodes introduced a profound trepidation that has affected many aspects of my waking and sleeping life. My doctor told me that trouble sleeping and nightmares are common responses – perhaps even natural and adaptive responses – to traumatic events. Believe me, the nightmares initially were quite vivid, disturbing and included intrusive images of the Twin Towers bombing.

The good news is that time does heal. As I resumed my normal activities, enjoying the most vibrant and exciting city in the world, many of the symptoms began to fade away. Gone were the sleepless nights, the restlessness, the sweating, the startled responses, and the lighter sleep. I now sleep like a baby, albeit a seventy-plus-year-old baby. Still, I shall never forget that horrendous September day.

I am old enough to recall December 7, 1941 – the day that will live in infamy, when Japan stabbed us in the back. Not only was Pearl Harbor thousands of miles away, but our enemy in December 1941 had an address and used recognizable weapons of war.

September 11, with its devastation of the symbols of American commerce and military might and the calamitous loss of lives of non-combatants, will also always be remembered, but on a vastly different level. That day and its aftermath spawned an anxiety, an apprehension, an uneasiness. Announcements of anthrax deaths and additional terror alerts only served to heighten the concern.

We may be loathe to admit it, but during these past fifteen months our nerves became frazzled, our pattern of daily life disrupted. Let’s be honest about it. As we watched the Twin Towers crumble, our normal emotional response mechanisms sprang into action. It defies explanation. Immediate disbelief, shock, fear, concern and numbness, all jumbled together virtually paralyzed us, at least temporarily. The good news is that the passage of time has blessed us with a semblance of normalcy.

Yet despite this semblance of normalcy, there is a gnawing feeling within us that the war on terror launched by our president marked the beginning of a long struggle against those who would envelope us with hopelessness using barbaric biological, chemical, and even nuclear devices. The frustration of not knowing the identities of the perpetrators, along with the depth of devastation, make the tragedy especially traumatic to people.

Earlier this year I visited Israel to celebrate a grandnephew’s bar mitzvah. For most of its history the State of Israel has battled the scourge of terrorism, but the Oslo Accords, far from being a harbinger of peace, have ripened into a crescendo of terror as the number of atrocities mounts on a near-daily basis. Those extremist terrorists are bent on destroying our very way of life, and their target is not limited to the Jewish state. They will not be content until they plunge a knife into the very being of Western civilization.

And so, since September 11, 2001, we Americans who support Israel’s right to exist within safe, defensible borders have been wrapped in pain for what has been perpetrated on Israel and on us, and we are apprehensive about the future.

Still, as I continue my walking tour of New York City, my home town, I can’t help but recall that old saying,”It is better to see good than to hear bad.” Fortunately, there is much good to behold if we but look around. 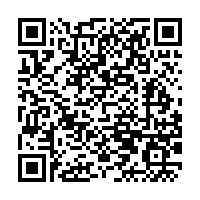