I heard the sad news earlier this month of the passing of a person I had known and loved virtually all of my life. “Auntie” Miriam Elias, a”h, was truly a remarkable human being. First and foremost an educator and teacher of thousands of students over her long career, she was also an extremely gifted and prolific artist, a published author of many books, and a scholar who was the first student at the famed seminary in Gateshead.

In short, she was a role model and trailblazer for many women, using her rare combination of wisdom, grace, and spunky sense of fun to light up the lives of all who had the privilege of knowing her.

I was moved to write this essay by an obituary that appeared upon her death on a haredi website. Here is a synopsis:

It is with great sadness that we report the passing of Mrs. Miriam Elias a”h…. Mrs. Elias was the devoted wife of Rav Joseph Elias, zt”l, …noted author and…one of this generation’s most distinguished mechanchim… serving at the forefront of chinuch in America for the last 70 years…. Mrs. Elias was a true eizer kenegdo, supporting Rav Elias as he devoted his heart and mind all his life to the chinuch of Klal Yisroel‘s children, authoring many bestselling works…. It was thanks to the wisdom and support of Mrs. Elias that Rav Elias remained fully engaged…. She was a true aishes chayil, a picture of royalty and a role model for bnos Yisroel…. Mrs. Elias leaves behind a family of talmidei chachomim and marbitzei Torah…

One would think there was basically nothing worth mentioning about this great woman except that she was a devoted wife of a great man and the mother of terrific children (which of course is wonderful).

At the funeral, various speakers (besides her children, who spoke beautifully and movingly) extolled some of her other virtues, and Baruch Hashem she was given a fitting tribute. But the obituary quoted above is symptomatic of many such statements I have heard about women over the years. It is rare – very rare – that a woman is celebrated for her own accomplishments and for the impact she made on the world in her own right.

(The only woman I can think of who was properly appreciated in recent years was Rebbetzin Batsheva Kanievsky, z”l, and even for her, the first facts usually cited are that she was the daughter of Rav Elyashiv, zt”l and, yebodel l’chaim, the wife of Rav Chaim Kanievsky.)

If we want women, especially young women, to feel truly valued in traditional roles in our community, we need to back up that talk with actions that show we take this seriously. This is true not only in equal pay for equal work, and equal opportunities for promotion and advancement, but in truly equal valuation of the wonderful accomplishments of those women who have led lives of excellence and are paragons of tzidkus, achievement, and true worth.

There has been much discussion recently over the propriety of granting semicha to women; about the legitimacy of maharats and partnership minyanim; and even about toanot and yoatzot halacha. Without discussing these here, it is clear to me that they signal a deep desire among many women to give expression to their talents and abilities.

Clearly the traditional model is, and remains, a Jewish woman who, together with a mutually supportive husband, builds a Jewish home – a home in which she creates an atmosphere of warmth, love, and Torah values that will produce wonderful children who are yirei Shamayim. That is and should be her greatest desire.

But then again, that should also be the greatest desire of a Jewish man.

And yet men are encouraged to achieve, and are celebrated for achieving, additional great goals, while women too often are not. Perhaps if more young women would see the traditional Jewish community giving them great opportunities for recognition in roles that are well within our mesorah –educators, artists, writers, scholars, doctors, business professionals, therapists, scientists, attorneys, etc. – they would be less eager to seek non-traditional public Jewish roles that too often lead away from a respect for our mesorah and great talmidei chachamim.

It surely is time that the more right-leaning segments of our community recognize the reality that more and more young women are engaged in pursuits that, while completely honoring the ways of their mothers and grandmothers, are different from what was available in previous generations, and that they should be honored for doing so in the proper way.

Let us look forward to a time when women from all streams of Orthodox Judaism will deservedly be celebrated for their achievements. As Eishet Chayil – the beloved biblical paean to Jewish wives and mothers that begins with the question “A woman of valor, who can find?” –concludes:

“Give her of the fruit of her hands, and her deeds will praise her in the gates.” 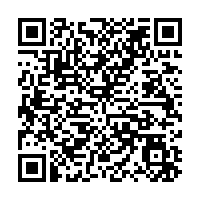