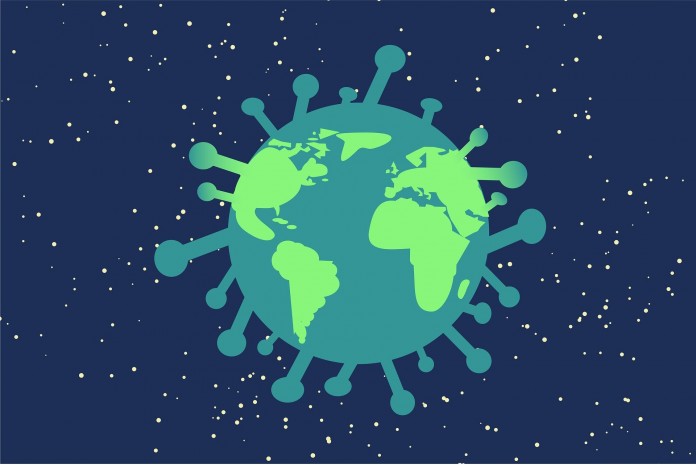 While much of the world languishes in coronavirus quarantine, anti-Israel forces around the globe scheme to exploit the crisis to attack the world’s only Jewish state. From official Palestinian media to American Islamist activists and their enablers on the radical left, illiberal propagandists have come together to exploit the pandemic panic.


Those allied with the BDS movement against Israel are using COVID-19 as a rhetorical cudgel to delegitimize the Middle East’s only thriving democracy. After spending years bashing the Jewish national home and hoping to force the Jews who live there to subsist as a defenseless minority, BDS proponents have predictably turned their attention to the coronavirus, seeking to manufacture links between the pandemic and Israel.

They have adapted the current crisis to the standard BDS narrative: exceptional Palestinian victimhood and complete lack of agency. And their messaging gains credibility from the influential voices that spew it, unfazed by the meritless and anti-Semitic origins of their conspiracy theories.

Linda Sarsour, former co-chair of the Women’s March and a surrogate for Bernie Sanders’s now ended presidential campaign, served as the keynote speaker for a Zoom meeting hosted by Jewish Voice for Peace, a group that, despite its name, is widely documented as anti-Jewish and anti-Israel. In her remarks, she portended Gaza’s COVID-wrought demise, calling the virus a potential “entire death sentence for over 2 million people.”

“That blood,” she continued, “will be on the hands of the American people … and Israel.”

Naturally, Norton did not acknowledge Israel’s considerable efforts in transferring medical supplies to Gaza, nor did he mention Israel’s productive partnerships with Palestinian health-care providers, despite the fact that even the United Nations, hardly a friend of Israel, has applauded the “excellent” Israeli-Palestinian cooperation in fighting the pandemic.

No facts about how Israel’s humanitarian aid has slowed the conflation of COVID-19. Israel’s detractors justify their disregard of Israeli-related suffering by drawing an equivalence between new lockdowns and the conditions of Palestinian daily life.

In a March 14 tweet, freelance writer Mairav Zonszein insinuated that Israeli distress at being under quarantine is well-deserved karmic kickback:  “Jewish Israelis … will now get a taste of what around the same number of Palestinians living under occupation have experienced for over half a century.” Former Human Rights Watch official Sarah Whitson agreed, adding, “Such a tiny taste. Missing a tablespoon of blood.”

Perhaps Whitson regretted her outburst of what seems to be a combination of Schadenfreude and an accusation of Israeli bloodletting, because she later deleted the tweet.

While such anti-Israel propagandists may seem like outliers, they are actually often considered influencers among the modern American left, rising to high positions in media and politics, where their preoccupation with casting Israel as the geopolitical boogeyman is normalized by mainstream leftists. Unsurprisingly, their human-rights and public-health concerns remain focused acutely on cherry-picking problems they can blame on Israel while they turn a blind eye to Palestinians flouting scientific direction on confronting the pandemic.

As the rest of the world responsibly hunkered down, a March 30 tweet from an official Palestinian news agency showed photos of a crowded “press conference” officially marking “Palestine Land Day” in Gaza, an annual hate-fest surrounding the Great Return March, in which hundreds of Palestinians, including armed members of Hamas, Palestinian Islamic Jihad or other terror groups, rush Israel’s borders.

The photos show dozens of people gathered shoulder-to-shoulder—none of whom are wearing masks or gloves. Two snapshots show a woman in a leg cast and crutches stepping on a large Israeli flag, which would later be set on fire. The demonstration proceeded despite reports that Gaza’s Hamas-controlled government had earlier announced new social-distancing protocols. The same activists who insist that they are motivated only by the well-being of the Palestinian people seemed totally unbothered by such a flagrant disregard for public-health guidance that mitigates spread of the coronavirus pandemic.

Meanwhile, BDS supporters often refuse to condemn Hamas’s well-documented habit of using Gaza’s “health infrastructure” for weapons storage, rocket-launching pads or insurgent headquarters. And they have long overlooked or excused Hamas’s choice to build attack tunnels over improved healthcare facilities and other civil infrastructure that could now be useful in mitigating the coronavirus risk.

BDS activists should spend less time on propaganda theatrics and more time urging Palestinians to improve Gazans’ access to health care, emulating Israel’s continued medical innovations that have saved lives across the globe. But these enthusiasts are so blinded by their hatred of Jews that they refuse to acknowledge these dangerously misplaced priorities.

Indeed, by blaming Israel for present and future coronavirus cases among Palestinians, regardless of the circumstances of those infections, BDS effectively absolves the Palestinian regimes (Hamas and the Palestinian Authority) of responsibility for their own people.

In an ironic twist, longtime BDS propagandist Omar Barghouti recently conceded that should Israel develop a coronavirus vaccine, his followers would be allowed to receive it to safeguard themselves from the deadly virus. “Saving lives is more important than anything else,” he said.

If that’s really true for Barghouti and Co., then they should spend less time exploiting COVID-19 for their anti-Israel agenda and more time pressuring the Palestinian regimes to prioritize Palestinian welfare. That’s not too much to ask, is it?

(Samantha Mandeles is senior researcher and outreach director at the Legal Insurrection Foundation. She tweets at @SRMandeles) 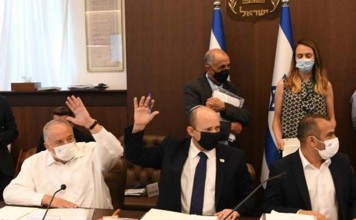