For generations Muslims have believed in and practiced jihad.

The Koran calls for jihad, defined literally as struggle. For most, that struggle means a personal one – an attempt to create a better, more meaningful spiritual life. For others, however, jihad has been glorified as a battle cry and struggle against non-believers and has led to horrific violence.


Just look at some of the incidents of the past few months: more than 130 children slaughtered in their school in Pakistan; hostages taken by a self-styled Muslim cleric in an Australian coffee shop, with two people killed; and of course the murders in France of the staff of the satirical Charlie Hebdo magazine, two police officers, and four Jews in a kosher supermarket.

Then there are the acts of terror in Israel – stabbings, cars driven into pedestrians, the Har Nof synagogue massacre, and so many more. All these acts are driven by an understanding of jihad as religiously approved terror.

Attempts to understand the motivations for becoming a terrorist have led to several avenues of research over the past few decades. Some have suggested that those most prone to terror are drawn primarily from lower class families or are poorly educated. Others have found a correlation between families that are exclusively male dominated and practice corporal punishment and radicalism. Still others have found no association or only a limited relationship between social caste and level of education and radicalization.

All suggest that feeling separate and apart from the larger society may contribute to radicalization and extremism – but if this were universally so, every society would have large cadres of murderous extremists, which is clearly not the case. There is no question that those who subscribe to violence believe it is effective in achieving their goals, but many have been more successful using a non-violent method.

In this context, attempts to understand and appease radicals have not reduced the violence and may have actually reinforced the radicals’ sense of entitlement. It would be wrong and far too simplistic to claim that terrorists as just misinterpreting their religion either in the prophetic sense or in the most banal form. There is obviously an underlying drive that allows some to misinterpret to the point of such extremism.

I would like to suggest a framework for understanding radicals, how they think and operate. I believe that radicals are in many ways very much like drug addicts. They are individuals who may come from every social class, family background, and education level. What all addicts have in common is a family history or propensity toward addiction and a “high” that comes from the substance of their habit. They cope with any adversity by projecting blame onto others and they seek social support from like-minded individuals.

The more involved they are in their addiction, the more they aggressively pursue feeding it. They often are underhanded in their approach and deny their problem if confronted. Most of all they want to be accommodated.

The biggest problem for addicts is that they find people willing to enable the continuance of their addiction. Terror-cell recruiters operate like drug dealers, honing in on their candidates and then plying them with ever more powerful neuro-stimulating promises and thrills.

Appeasing addicts only serves to provide them with a sense of accomplishment, encouraging them to seek a bigger high. It is not surprising that radicals demand the rights of a free democracy to pursue their agenda via the media but shriek when that same media is focused on them.

For addicts to alter their lives, the first step is an admission that they have a problem. They then have to be accountable for their actions, change their environment and relationships, and accept the need for confrontation so they do not return to their vices.

Confrontation and accountability are the only proven techniques for dealing with addicts – and the only techniques that might work with religious terrorists. They have to be willing to admit they have a problem, and only through engaging with healthier people, accepting a new vision, and changing their lifestyle can they overcome the addiction to terror.

Unfortunately, the war on drugs will last forever, and so might the war on terror. 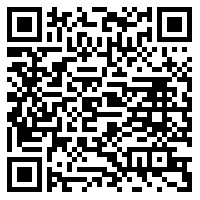