It’s a sad day when the head of the Anti-Defamation League receives accolades for acknowledging that anti-Semitism “also” hails from the left. If the person in question had been living in a cave until last week—when he published an op-ed in Newsweek called “It’s Time to Admit It: The Left Has an Anti-Semitism Problem”—he might be excused for having an epiphany about a phenomenon that has been obvious for decades.

But Jonathan Greenblatt hasn’t been in isolation for the past six years, when he replaced Abraham Foxman as CEO of the Jewish organization, established in 1913 by B’nai B’rith. On the contrary, he’s been as active a participant in American political culture throughout his current tenure as he was during his term in the White House as special assistant to former President Barack Obama.


It is thus that Jews across the spectrum viewed the ADL’s announcement in November 2014 that he would be taking over the reins from Foxman in July 2015 as “dramatic.” Unlike Foxman, a liberal but an indefatigable defender of Israel, Greenblatt’s love for the Jewish state was and still is conditional on its policies—particularly those of the government under former Prime Minister Benjamin Netanyahu.

His attitude is par for an ardent Democrat whose subsequent loathing for former President Donald Trump made his feelings about Netanyahu pale in comparison. Nor was his mission to transform the ADL into an NGO devoted to a distorted version of tikkun olam, a Jewish concept of making the world a better place that morphed over the years into a branch of “woke-ism” that bears no resemblance to its original meaning.

At the time, the severe anti-Semitism that gripped the U.S. South emanated particularly from white racists who hated Jews and blacks in equal measure. They saw the Jewish community and members of the press mobilize on behalf of Frank as proof that Jews control the world and certainly the media.

The irony is inescapable here since Frank’s key champion was The New York Times. And the idea behind the ADL was that when anti-Semitism is allowed to thrive, the rest of society is in trouble—not that Jew-hatred is one among many forms of racism.

What a difference a century makes.

Today, it’s not white supremacists who pose a threat to Jews in particular and society as a whole, but rather movements like Black Lives Matter (BLM) and Students for Justice in Palestine. There’s a simple reason for this, and it has nothing to do with the identity of the targets of abhorrent positions and behavior. It is, rather, the fact that the former is on the fringe, while the latter is completely mainstream.

Greenblatt’s piece on Thursday, then, was more deserving of ridicule than praise.

In the first place, it’s worse than presumptuous for someone who turned the ADL into a platform representing what the late Jewish leader Isi Leibler called “an echo chamber of left-wing Democratic politics” to warn readers about something that many of us have been saying and writing long before Greenblatt came along.

Secondly, if we’re already on the topic of what it’s “time to admit,” let’s remember Greenblatt’s blatant violation of the ADL’s Internal Revenue Service status as a 501(c)(3) tax-exempt charity, which is forbidden from engaging on political activity on behalf of or against candidates running for or serving in public office. And that’s not even getting into the massive donations the organization received—thanks to Greenblatt’s impeccable anti-Trump, pro-BLM credentials—from such paragons of radicalism as the Southern Poverty Law Center (SPLC).

The SPLC’s affection and cash were not accidental. During his opening remarks at the ADL’s “Never Is Now” conference in New York City in November 2016 (the month that Trump was elected), Greenblatt declared, “I pledge to you that because I am committed to the fight against anti-Semitism, if one day Muslim Americans are forced to register their identities, that is the day that this proud Jew will register as Muslim.”

It was a vintage Greenblatt moment that he’s spent the period since then trying to top.

Finally, the article for which he has been praised by critics lists instances of anti-Semitism that are low-hanging fruit. He cites, for example, the bill introduced by House Appropriations Subcommittee on Defense chair Rep. Betty McCollum (D-Minn.) to restrict U.S. military aid to Israel in order to prevent it from “bombing Gaza into oblivion.”

He also calls Rep. Ilhan Omar (D-Minn.) to task for drawing a parallel between the United States and Israel, and Hamas and the Taliban.

“This kind of anti-Israel sentiment is not limited to the halls of Congress,” he wrote. “It is spreading. And it is dangerous.”

He went on to say, “Demonizing Zionism as a concept represents a kind of anti-Jewish racism. Delegitimizing the Jewish state with exaggerated claims and unhinged charges, then dismissing the connection between that level of inflammatory rhetoric and the violence perpetrated against Jewish people, is willfully ignorant at best, intentionally malign at worst. Excluding Jews from political coalitions or public activities is discrimination, plain and simple.”

All well and good, of course, though why this manifestation of anti-Semitism is only just dawning on the ADL chief is as curious as his referring to the demonization of Zionism as a “kind of” anti-Jewish racism, rather than part and parcel of its very essence. After all, the International Holocaust Remembrance Alliance (IHRA) working definition of anti-Semitism includes singling out the Jewish state for condemnation.

Lest one was tempted by Greenblatt’s words to give him credit for doing his job, however, he made sure to let his leanings come out in the conclusion.

“It has been heartening to see that some prominent progressive voices have spoken out against anti-Semitism or apologized for using overheated rhetoric,” he wrote. Judging by the hyperlink under the sentence, he was referring to movie star Mark Ruffalo, who tweeted remorse for having suggested that Israel committed genocide in Gaza. How touching.

Greenblatt also gave a nod to members of Congress (i.e., Democrat Brad Schneider of Illinois) “who have made their problems with their colleagues’ statements crystal clear.”

Interesting that he’s impressed with a Jew for bemoaning the blatant anti-Semitism of his fellow Democrat representatives. Pathetic that neither Greenblatt nor Schneider holds the party to which they belong accountable.

Instead, Greenblatt ends his piece with a generalized message about needing “all our allies to listen and others to engage authentically”—whatever that means.

“This might not be easy,” he stated. “It may require some serious self-reflection on the part of some partisans in order to admit their biases and acknowledge their insensitivity. But it’s imperative that leaders from all corners of society clearly, forcefully, unequivocally condemn anti-Semitism full stop. And it’s even more important and meaningful to do so when the hate happens to come from their own camp.”

Good luck if he thinks that platitudes are going to budge the Israel-bashers in his own camp whose intersectional endeavors he always rushes to defend. With self-described “proud Jews” like Greenblatt, who needs anti-Semites? 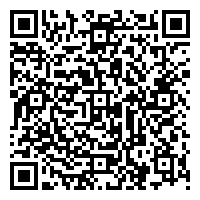